Pelicans of the Caribbean: On Stranger Hardwood

Share All sharing options for: Pelicans of the Caribbean: On Stranger Hardwood

The Wolves made of Timber lost to a team that shot all of 9 free throws.

Of course, that's just on paper. On camera, this loss is easily explained. Was explained. At one time. Before.

The bugs-who-will-soon-be-birds made Every. Single. Shot. All of them. I mean, it was enough to make an honest sailor think they had a broken compass or something. 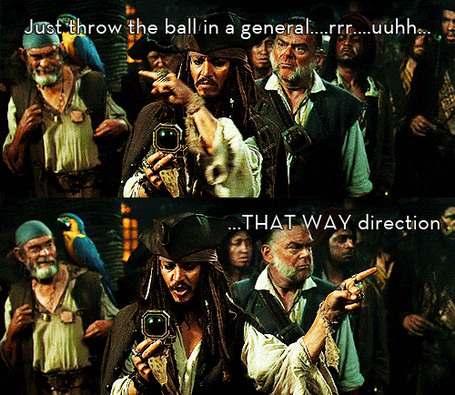 And sure, the sea dogs are missing their best three point shooter, their best rebounder, their best Puerto Rican, and (more or less) their best Spaniard. But when all the other crew needs to do to put holes in your ship is throw cannonbasketballs in the ocean, you're probably going to sink pretty fast.

Especially when they make twice as many threes as you.

I'm willing to write this one off as a freak hurricane off Tripoli. The kind that causes bizarre, non-normal statistics and costs Commodores their commissions.

That said, this team is on borrowed time. They've made a big committment to make the playoffs this year. As the team stands now, they aren't going to make it. Kevin Love's been pulled to the depths (of the injured list) and no one's going off the end of the world to get him. 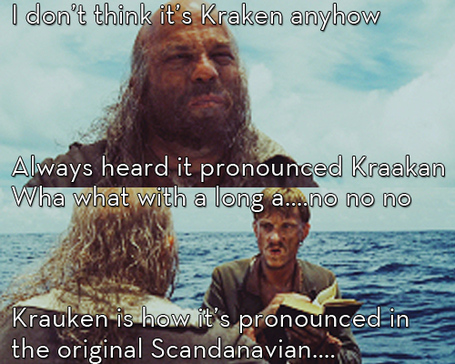 That means the only chance 'Sota has without a trade of some sort is somehow hanging onto .500 until Chase Budinger comes back possessed by the spirit of 2004 Peja. 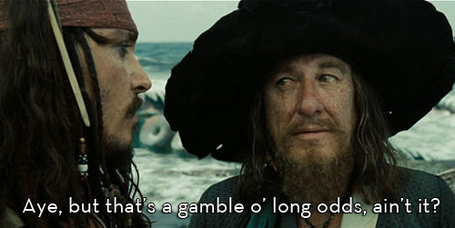 So here's hoping whoever's steering this ship can find this team a couple good sailors. And pick them with all the discretion of Captain Sparrow. 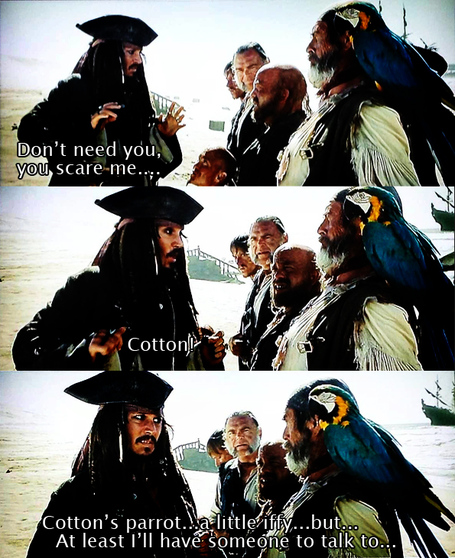 "Ever since I was a wee lad, I wanted ta sail the seas. Forever."

"Sooner than you think!"

Let's hope the Pups don't get beaten by anomalies anymore....outscore the bad guys 26-9 at the line and still lose by 12. Oi. Fishface.

And why yes. Pirates of the Caribbean 5 was announced today, and I'm pretty excited. Disney seems to understand it wasted a lot of potention with On Stranger Tides, and is out to fix it, starting by hiring the guy who scripted Catch Me If You Can. That was a fun movie. Pirates should be fun movies. This should be fun.

Also, Kevin Durant played maybe the best game of basketball I've seen anyone play in the last 10 years. Perfect. In every possible way. He stepped onto the court a man possessed, and took it out on the Lakers.