A loss and at a loss (Min/Cha wrap)

Share All sharing options for: A loss and at a loss (Min/Cha wrap)

Make that 9 games this month that the opposing team has shot at least 50%.

And that wasn't even the craziest part of the night.

Let's take a vote: was it this?

Or was it this?

Obviously, just like they drew it up. I mean, that's so unscripted, it has to be scripted, right?

When Kemba Walker and the Hornecats buried the Wolves with a game winner back on November 14, 2012, we were all eagerly looking forward to a near future of fully healthy Timberwolves and many glorious victories. Back then, we expected to reach this point with a team that looked something like this:

Instead, we stepped onto the court tonight with a team of: 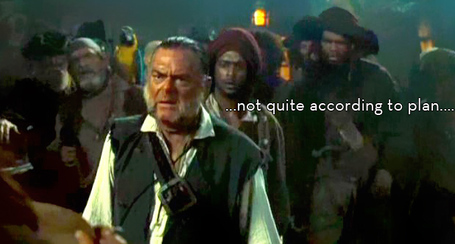 Dogs And Cats: Wolves V Charlotte, On The Way To Rock Bottom