Tomorrow nights tilt is against a Denver Nuggets team that is seemingly a safe bet to take the under on in Vegas. They've churned through everyone worth discussing in their FO, dismissed a winning head coach, traded away their three best defensive players, and Gallinari, their best scoring threat is recovering from an ACL injury. As if this wasn't enough, their new coach is starting Javalle McGee at center!

In keeping with trying to do musical posts centered around team names, I've been pleasantly surprised to find some songs that work with gold, nuggets, and mining. Let's start with an early Johnny cash tune at Folsom Prison:

This next one is hardly great music, but those of you who know me are fully aware that my sense of decorum is, at best, severely compromised. If a song fits, I don't Flynning care about the details. Well, you'll see what I mean:

As long as we are on the subject of decorum, it seems apropos to mention that there has been a PD sighting. It, of course, occurred while I was out of the room last night and was unable to post any thing appropriate for the occasion. Let me remedy that situation right now: 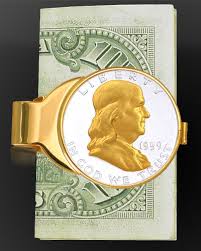 Glad to have you lurking in these parts again, PD.

There was an album released in 1972 that was a very big seller and it consisted of re-released music from the Electra Records archives; I'm speaking, of course, of "Nuggets- Original Artyfacts of the Psychedelic Era". I remember wearing the vinyl down to nearly non-existant on this two disc set, as did many of my friends. This cut by the Electric Prunes (I know, what a great name for a band!) is one of my favorites:

There are a couple more of these on tap, but I want to highlight a couple other tunes that should be more familiar first. Those of us old enough to remember the days of Alex English, Kiki Vandeweghe, Fat Lever and the Nuggets often being in the playoffs have sympathy for Denver fans now. There is a song by a Canadian folk/rock artist that speaks to the predicament; Neil Young "After the Gold Rush":

This next one is by an artist that gets considerable attention on this site, all of it earned. Given his vast catalog of material, it is hard to do a musical post here that doesn't include Tom Waits. "Diamonds and Gold" seems fitting with this post:

I had thought to include a song about an upstate Michigan community or a mining disaster described by an Australian trio, but If you love an album, you have to set it free. Even though it may run, it will return if your love is true:

Have I mentioned Corey Brewer? It seems to be the case that in a Rhombus offense a frenetic 2/3 is not a very valuable thing, aside from the love of the fans and likely his goat. (Small sample size alert!)In an Adelman offense, with superb passing from the premier power forward in the league, he seems to have real value. I'll be Flipped if I can totally buy that Saunders is doing a very good job as GM, but he doesn't have at all large shoes to fill in that regard; does he? I'll end with this one from Nuggets:

That's all I've got on my platter; what do you people have in the way of golden nuggets to be mined? Let the links begin!