Minnesota Timberwolve: A question of defense

From what perspective should the Wolves' defense be looked at from?

Share All sharing options for: Minnesota Timberwolve: A question of defense

Can we or can we not play defense?

I suppose it depends on what way you look at it.

How to write dialogue like a 5th grader: by George Lucas.

To be clear, the Wolves have problems on offense. I'm not denying that. They struggle to score easily and consistently, and are absurdly, unhealthily dependent on Kevin Love to get anything done. It's not good, and...well, Eric wrote up the bit here. It's really bad.

And don't get me started about paying nearly $40mil for a supporting cast that can't even hit the league average without Love on the floor.

Anyways, the Wolves have somewhat miraculously maintained a top 10 defensive rating this season. That's no longer the case. The Spurs game knocked us down a couple pegs at the same time a couple other teams moved up. But still, 101.6 is not a bad number. We're in the top half of the league.

On the other hand, we are the 5th worst at defending the three point line and dead last in opponent's FG% (.474) For reference, the league median this season is about .450....the league leader (Indiana) limits teams to an absurdly low .408.

So where does the answer to this lie? I think the problem is in the free throws.

The primary way the Wolves are able to keep opponents' overall scoring (relatively) low despite letting them shoot such sky-high percentages is because they don't foul. So even though teams are making a lot of buckets, they aren't getting free points at the line on top of it.

On the other side of the ball, the Wolves are able to generate a ton of points despite sub-par shooting because they get to the line at a ridiculously high rate. We lead the league in non-Hack-a-Howard free throw attempts per game. When the Wolves score 25 points at the charity stripe and the bad guys score just 10-11, that's good.

The problem is the Wolves don't control the free throw line.

I have, and still do, believe that there's no substitute for holding down the opposing team's FG%, for two reasons.

The first was on full display last night against the Spurs. A per-game average of 101 or so points allowed is useless in the middle of a game. When the score's like, 102-102, with 5 minutes left, the defensive rating goes out the arena. You have maybe 10 possessions a piece left, and at that point, you either stop the other team from scoring or you don't. 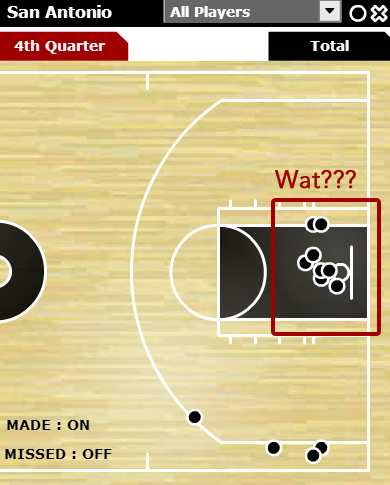 If you're defense is built around a full game strategy of not fouling because you give up easy buckets, you're going to have problems in these situations. If the other team just keeps scoring and scoring on their clutch possessions, then the Wolves basically have to score every single time they have the ball to get ahead. Which is not a reasonable expectation for any offense, let alone ours. That's a ton of pressure to put on yourself.

I think giving up a high FG% is indicative of not being able to contest shots, and I don't think anyone would argue that we are not good at contesting shots. And the problem with that is sometimes you really just have to be able to contest a shot.

Secondly....well, again...the Wolves don't control the free throw line. The refs do. And if they decide to not whistle the other team, or start whistling us, we're screwed. Which is a very sucky situation to play for. The team is handing its ability to win on any given night to the zebras, who can, for any given reason at any given time, decide to not do anything for them.

This is why I strongly believe that this team needs to play better defense possession to possession and be able to get stops, and why I disagree that all the close losses to teams in our peer group this season are just bad luck. We are a team that cannot clamp down when it matters. The other teams know that.

Pops is the best coach in the league. Yeah, he's a bully who yells at grown men like they're 14 year olds, but Flynn it. Everyone wants to play for him. And his teams win games. The Spurs have not won fewer than 50 games since 1997. Sixteen straight years of 50 or more wins.

So he knows what he's doing. He knows how to scout the other team. He knows when the Wolves come in with no ability to contest shots, relying on a free throw differential to win. And when the game is close and time is short, he's going to play to that.

So what I'm going to do is send Boris out there and have him club Kevin Love this next possession. And if the refs don't call it, then I know we've won. Because they can't stop us and the refs aren't going to play their game.

And no, the refs aren't always fair. We should probably get even more calls than we do and yadda yadda yadda. Look, the refs are the refs. They call what they call, they don't call what they don't call. From my perspective, that problem is as much on us as on them. We're the one's making ourselves dependent on their whistles. As far as I'm concerned, saying we would have won if the refs would have called more fouls is no different that saying we would have won if Kevin Martin had shot his career percentage instead of 4-12. Very moral victory-ish, no? 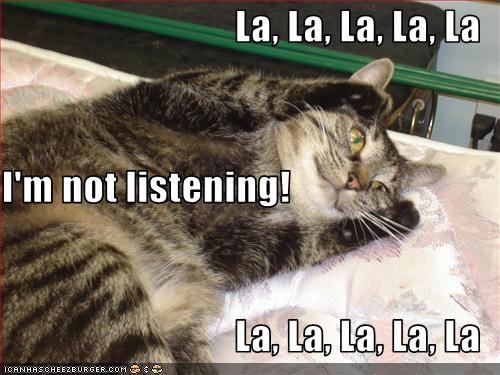 Now, I think we do ourselves a disservice by saying we don't have the personnel to play defense. I wholeheartedly agree that we can't be a defensive powerhouse. We can't be Indiana. We can't be Houston. We can't be Miami. We don't have a Roy Hibbert or Dwight Howard to scare guys out of the paint. And we don't have a LeBron James or Paul George to smother guys on the perimeter.

However, I take issue with the idea we're just fated to be the worst percentage defenders. I think that's a cop out to stereotypes. New York starts Carmelo Anthony and Andrea Bargnani. They give heavy minutes to Amare Stoudemire and JR Smith. You're telling me we can't contest shots as well as the Knicks ? I don't know if I buy that.

I think the best example of a team that crafts a great defense out of limited personnel is the Chicago Bulls. Noah's got decent size, but he's not a tower like Hibbert or a skywalker like D12. Taj Gibson is built to defend, but he's spliting minutes with Carlos Boozer, who definitely is not. And without Rose or Jimmy Butler, Chicago's starting backcourt is the 32 year old Kirk Hinrich and rookie Tony Snell. So you're not looking at a prototypical lineup here.

I mentioned this in the Pek Defense fanpost, but I'll lay it out here too because....well, because it's cool.

The way the Bulls do this is they 'ice' the pick and roll, as Coach Thibs says. If you're ever at a Bulls game or catch them on a night TNT has the players mic'd up, you'll hear them yelling 'ice, ice' at each other. All. The. Time. And what that is is their system for keeping the ball out of the paint in pick and roll sets.

It's a genius system, because it kills the roll without the need for a third defender, or even for the primary defenders to be particularly athletic. I do kind of think Boozer's rep as a non-defender is kind of unfair. No, he's not a great one-on-one guy, and he doesn't block shots or crowd from the weak side. But he goes out there every night and executes this system and it works.

In the next video, watch how the guy guarding the ball reacts when he hears 'ice' (I picked this one specifically because you can hear them yell it) Watch how he positions himself sideways to the hoop and how the guy guarding the screen backs way off into the paint. Instantly and consistently. It's pure indulgence for every basketball geek out there.

Now, compare this to last night against San Antonio.

And yeah, it's one play, but it exemplifies the problem the Wolves have as a whole. Brewer gets wiped out of the play by a pick he never sees coming. Manu gets into the middle without contest as Love literally just stands there and watches him go by, then neither Ricky or Pek slide over to challenge the dunk.

That's a lot different than George Hill coming of a screen straight into a double team with no passing lanes to get him out of it.

(and not mentioned in that particular play is KMart, who absolutely drifts on defense. 'Closeout' is a very generous way to describe what he does)

And this isn't to say I expect us to be the Bulls. That's not going to happen. But it is to say that, as a team that's not particularly athletic or intimidating, we can improve our defense by following their example:

Again, this is why I said the best thing the team can get from Pek defensively is chatter. Get him to see this happening and yell it out. Corey, screen coming from the right.
(KG was a master at this. It was painful to watch him try and organize the defense with guys like Randy Foye. There were times he'd literally have to grab someone's jersey and yank him to the right spot on the floor)
I also believe this is not the coaching staff's fault. Adelman knows what he's doing. You don't win 1,000 games if you don't know what you're doing. At the end of the second Denver loss, he literally said he put every play the Nuggets ran on the whiteboard.

"Defensively, we allowed them to do everything they wanted to do. Everything we had on the board, they did. We've got to figure out what we're going to do from this point forward."

I mean, that's all a coach can be expected to do. Figure out what the other team likes to do and tell the players how to stop that. After that, the players either execute the plan or they don't.
So yes. I come from the perspective that the Wolves are not a good defensive team. This is why. Do they maintain a respectable opp scoring average? Yes. Can they get stops when they need to get stops? No. Which I believe is what really matters on defense. But they can get better at it.

As most of you know, I really only use these things as a vehicle for Community. SEASON 5. TWO WEEKS.