The Wolves go up against their one-time peer. Hilarity ensues.

I think this is my favorite comment on the site in the last year or so (from Airete):

1) The Wolves are closing in on an even decade of non-playoff basketball in a league where more than half the teams make the playoffs every year.

2) Over the 5 previous seasons they have managed to win 68 fewer games than the Bucks and 48 fewer than the Bobcats. Or in Wolves terms 2-3 seasons worth of wins.

Memphis is the team that really reminds me of the team's ineptitude. For others it is Utah. For even others it is tonight's opponent, the Thunder. Whatever the case, tonight's matchup will be made with this in mind:

Let it sink in a bit. Raise your hands if you think something, something.

If you go to the Wolves website you can see a video of Chris Wright talking about the benefits of being a season ticket holder. Here's Chris Wright's interview with our site from March of 2010:

#4 ME: David Kahn has laid out a vision of how the next three years will go. With one year almost on the books, how do you see his plan working so far?

CW: Obviously, I think how I would characterize that is that David has a position to take advantage of, possibly, the biggest off-season in franchise history. It is up to him and his staff that the assets we have accumulated are utilized correctly. The fact that we have a top 5 pick, the fact that we have Utah's and Charlotte's pick and expiring contracts, and that we are positioned well in a massive free agency market, it can be potentially one of the great summers in our franchise. As you know from watching the NBA, you only need 3 players to be a very good franchise. Look at how Oklahoma has turned themselves around very quickly in the past few years. We hope to be in a position like that [where we can quickly turn it around] this summer. By this time next year, we think we can be a completely different team in the NBA.

#5 ME (via Wile E. Coyote): How is the team planning to define success next year? From a fan perspective, if next year is not about trying to win games and put the most competitive rotation on the floor, I will not watch. I cannot stand another year of abstract player evaluation, zero accountability for wins, and a general tank-a-thon to yet another draft.

CW: We've got to compete for a playoff spot next year. That is success on the court and with the potential of Rubio the year after, and one more round of free agency, and lotto in the event that we don't make the playoffs; all that being said, I think we will compete for the playoffs next year at this time and if we do not, I will be very disappointed. With this comes expectations of attendance. I think we should be averaging 16k people again.

This team will always fail as long as it allows people who don't understand how to select professional basketball talent select basketball talent. All the blueprints, investments in new season ticket holders, whatever will never ever pay off as long as they continue to let people like David Kahn assemble the talent. This team's fanbase has been whittled down to only the most diehard group of people and they are more knowledgable about the product than the average local casual sports fan. They're not renewing because they've heard this schtick before. They're not renewing because they've taken a run at the football one too many times: 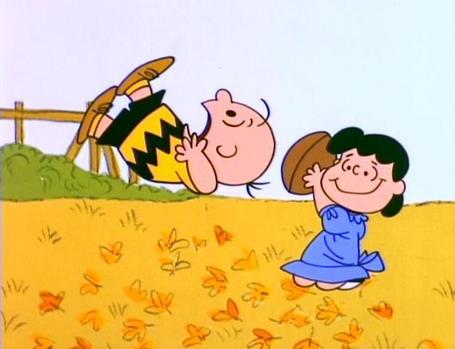 Windows of Opportunity have come and gone. Blueprints are said and done with. Yet, the basic pitch remains the same: Give us your money so we can field a terrible product. Injuries will simply be used as an excuse to prolong what has already been happening for a long, long time. Meanwhile, our favorite professional basketball team has 2 more wins than Phoenix, 1 more than NOLA, and 3 more than Cleveland. They are sitting on a lost year with a burned out fanbase who would rather stay at home and watch movies than pay for season tickets. No mas.

Hopefully Pek and the Unicorn Adventure Time can make the time pass as quickly as possible before we are blessed with new ownership and a new front office. Until then...it's lonely at the bottom of the league with a clownshow in charge.