Rubio comes through with a dazzling performance, but the Wolves still fall short

Share All sharing options for: Never tell Ricky the odds

So here's the script.

That dastardly duo of Damien Lillard and Wes Matthews were going through their usual motions of annihilating the poor Pups, when Ricky Rubio decided enough was enough, and unleashed his inner Han Solo.

Luke Sywalker Ridnour's doin' work for us, but let's be honest: that farmboy would have never gotten off his miracle shot on the Death Star without Han.

(PS We've got Luke, now Han, and Pek could make a pretty convincing Chewbacca. S-n-P and I would pass for a couple bickering droids, so all we need is a princess and the Heat are done for. Right?)

Ok. So the Wolves still lost. That's what happens when you let the bad guys shoot 58% (....I've stopped keeping count of the over-50 column. Depressing...) Once again, 'Sota wins the free throw and turnover battles and loses the war. Ugh.

But there's always that silver lining, and right now, it's a Spanish Unicorn charging full speed ahead. Ricky got embarrassed by John Wall and the Wizards, and has responded like the insane competitor he is: 11 points, 8 assists and 2 steals per over his last 5 games on 46% shooting. Tonight, he tied his career high of 14 assists while absolutely obliterating what Portland apparently thought was supposed to be their 4th quarter defense. Rubio went into all-out attack mode, creating offense by getting into the lanes and creating chaos. The last shot attempt over the towering LaMarcus Aldridge was maybe not the best decision. But you can hardly fault him for wanting to try. He was the best thing the Wolves had going in this one.

Look, Rubio hates losing. Love might be more vocal about it, but Ricky seems to take it a lot more personally. The guy's been playing pro basketball almost as long as LeBron James, and has lost just about as little as LBJ as well. Not often. He won the EuroChallenge Championship the year he debuted at age 14. He won the Eurocup in 2008, then the Euroleague Championship in 2010. He was named to all sorts of 'All-whatever' teams his whole career in Spain. He's a winner. Losing is not in his character. When it starts happening, he changes it.

And that's maybe what made tonight's tilt so great to watch, despite not coming up Aces. Rubio's had some mighty fine performances in his year-and-spare-change here in Antarctica, but this is the first time we've really seen him take over. Control the floor. Just dominate, Jason Kidd circa NJN style. Need the proof? Check out his 4th quarter:

That's 25 points Rubio directly generated in the 4th quarter alone. He didn't LeBron James it....he didn't score them all (in fact he only scored 4 of them) But he most definitely was responsible for them.

This is the potential everyone raves about. This is what makes Rubio special.

Moral victories are not fun. Not after 5 straight years of them. But as S-n-P has already pointed out, this season is a lost cause in all but actual name at this point, so I'm more than willing to see the good in emerging dominance of our no-longer injured franchise point guard. 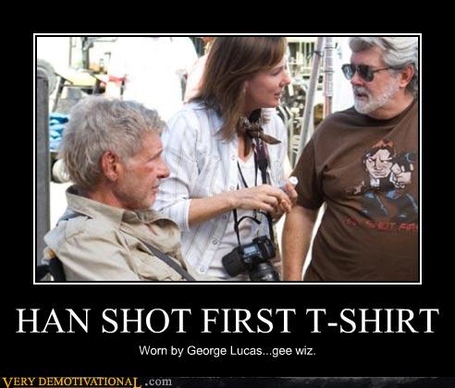