Sending out the Save Our Squad

Share All sharing options for: S.O.S. (A Min/LAL wrap)

Even Rick Adelman has to be vexed at this point.

On the Wolves' injured list are: Kevin Love, Brandon Roy, Chase Budinger, Andrei Kirilenko, Malcolm Lee, and now Nikola Pekovic (and that's not even counting Josh Howard). 4 of Minny's top 5 players. (or 5 of 6, depending on how good a healthy Roy theoretically would be) In the 'Sota training room is what would otherwise be a damn good, fully functional starting 5 unit. Unbelievable.

The HMUSS Timbertanic hit the iceberg a year ago when Rubio was lost to a torn ACL, and has been taking on water losses faster than a cat in an oversized chair ever since. 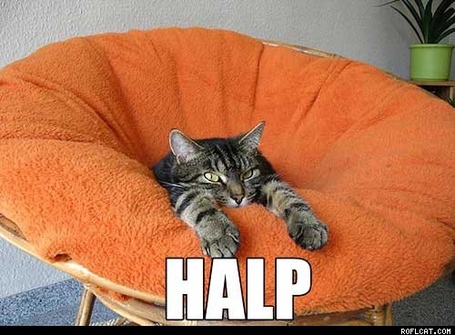 Bulkhead 6 officially went under tonight, when Nikola Pekovic stumbled off the floor with back spasms and never returned. Man overboard. Ugh.

In his absence, the Wolves put up an effort worthy of the archives of the Jedi Order, but with no Yoda-led clone army to swoop in and save the day. Ricky Rubio...who's made it clear that he's constitutionally incapable of giving up....put on a dazzling performance and nearly again notched a triple-double (13-8-13), but the Wolves simply don't have enough healthy bodies to compete with the Lakers....even this year's dumbed-down version.

So the Wolves walk away from Staples Center tonight with plenty of pretty highlights, but no win and no Pekovic.

Like, seriously. Can we just forfeit the season now in exchange for a top 2 pick....?

We'll end this with Spanish Unicorn video highlights. So at least we get something out if it.

HE SAW WHAT CLARK DID.

FYI, Paul Shirey apparently got to see a pre-screening of Man of Steel and has already dubbed it the best movie of the year. Like anyone who's seen a Superman film within the last...oh....15 years, I'm skeptical. But he says it's a Chris Nolan story with a Watchman/300/Sucker Punch level of action. Which does sound pretty kick-ass.