The year of the knuckle pushup.

Share All sharing options for: Wolves Season Recap, Pt. 1: All That Really Matters

Well, there it was. 31-51. The best non-KG season in franchise history. Yes, for all of you young'uns who weren't of sporting consciousness in the late 80s/early 90s, this year's Wolves team is a full 2 games better than 1990/91 Wolves led by Bill Musselman. They did so with a full bazillion man games lost to injury.

According to a quick excel calculation (which, when performed incorrectly, can help wreck the economy) your favorite professional basketball squad lost a grand total of 354 games to injuries. This includes 127 games to 4 members of the starting 5 (Kevin Love: 64, Ricky Rubio: 25, Andrei Kirilenko: 18, Nikola Pekovic: 20).

Despite all of this beyond-the-normal-sort-of-every-team-has-to-deal-with-it-injuries, the Wolves managed to crash land the plane on the runway in a way we haven't seen in these parts in quite some time:

To put this April in perspective, here is what we've had to watch to close out the season during the last few campaigns:

Yes, it has been 8 years since the team you love to root for has had a .500 or above April. Prior to this season, David Kahn's Minnesota Timberwolves had somehow managed to go 1-26 in the month that more than half of the teams in the league use to get ready for the playoffs. Never forget: 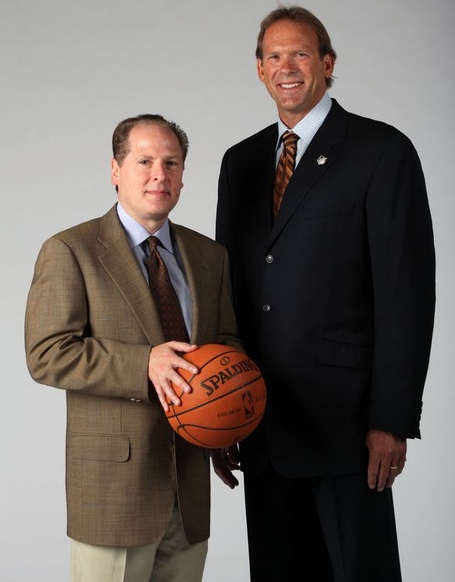 What is (still) especially hard to handle with this comically mis-owned/operated franchise is that there really isn't a whole lot of hard thinking required to imagine an easily-acquirable alternate reality where an Al Jefferson, Kevin Love, Nikola Pekovic, Stephen Curry, Randy Foye team coached by Kevin McHale is preparing for their first round playoff series.
The counter to this line of thinking (which is in the not-so-deep recesses of any slightly-more-than-casual Wolves fan's mind) is that Ricky Rubio + cap space + flexibility = payoff. Well, that's an approximation of the Blueprint/United We Run/Whatever, as the actual pitch was never really defined and the few remaining diehard fans were all too busy scouring YouTube for Rubio highlights to pay a whole lot of attention to what was actually happening during 15 and 17 win seasons.
Despite trading Al Jefferson for chump change, despite drafting a duo of Syracuse incompetents, despite failing to do the obvious in real time with Derrick Williams on draft day, and despite failing to utilize expiring deal after expiring deal in trades for additional usable assets, the Minnesota Timberwolves, led by David Kahn, managed to have one of the 2 best offseasons in team history: Keeping Rick Adelman on the bench, signing Andrei Kirilenko, and trading for Chase Budinger. (We'll get to Brandon Roy in a later post about 2 guards.)
It is hard to remember now, but heading into this season, Wolves fans were positively giddy about what could happen. AK, Bud, Rubio coming back, D-Will being able to play off the bench, Ridnour eventually being able to come off the bench...hell, even the early season schedule seemed to be manna from heaven, with few back-to-backs and 4 of the first 10 games against horrible (no: HORRIBLE) teams.
Then, in the middle of October, this:

The Timberwolves' two-time All-Star along with starting small forward Andrei Kirilenko missed Saturday's preseason return to Target Center -- an 82-75 victory over the Chicago Bulls -- because of a suddenly sore right elbow.

Love didn't bang it or hyperextend it while playing only the first quarter Friday in Indianapolis. No, he instead slept with his right arm extended off his bed all night Friday and when he awoke Saturday morning, he said he could barely lift a basketball.

Which was followed by this:

For the unfamiliar, knuckle pushups are performed by clenching your fists and putting your knuckles on the floor while doing pushups. They are appropriate if you're training as a martial artist or boxer, as they toughen up the hands. If you're training as a basketball player, however, they're not a great idea, since players normally aren't punching their opponents during games. So there's no legitimate reason the 6'10", 260-lb. Kevin Love should be putting that much weight on his hands. The hands that grab rebounds, create shots, and do a lot of important things for a basketball player.

Although Love was originally expected to miss six to eight weeks, best-case scenarios have him missing only five to six, per a tweet by Adrian Wojnarowski. Either way, it still sucks for the Timberwolves; Love was easily their most productive and valuable player, averaging 26.0 points and 13.3 boards per game in 55 games last season.

Hmmm. It's still a hard pill to swallow. Not just the knuckle pushups (which I can kind of wrap my head around), but the combination of a sleeping injury and a knuckle pushup injury to remove the team's best player from action. It screams "something else" and I don't think there's a Wolves fan in Minnesota who doesn't at the very least entertain the thought that we were being fed a load of horse manure.
OK, 6-8 weeks without Rubio and Love at the beginning of the year. They still had Pek, AK, Bud, and Brandon Roy, who if not able to regain his prior form, would at least be something of an upgrade over Wes F'ing Johnson. Throw in a weak schedule and: The Wolves came out of the gate with a 4-1 record that included an incredible comeback against the Nets, a frustrating loss to the Raptors, and an impressive victory over the Pacers.
Hey. They might be on to something. This is kind of fun. Brandon Roy can't move but he's playing 15-20 mpg with a -0.29 wp48 which is bad but without smiles, pretty looking jumpshots that create knuckleshot results, and other assorted Wes F'ing Johnson bits. Chase is being Chase, AK is being AK, and Pek hasn't even rounded into shape. Throw in Love and Ricky and we're off to the races!!!
Then, Chicago.
It was not only the night Chase went down but also where Steve Aschburner saw Brandon Roy limp through the bowels of the United Center. Roy lasted 5 games to start the season. Bud lasted 6.
These injuries pushed Malcolm Lee into the starting 2 guard spot down in Dallas. The amazingly bow-legged Lee (who also has a history of knee issues) lasted 12 games in the starting lineup before being sent to the injury reportfor the remainder of the season.
12-12-12. That was Lee's last game as the starting 2. He was playing surprisingly well, posting a .090 wp48, which was good for the best mark at the 2 guard since Damien Wilkins in 2009 (and yes, there are other ways of measuring success; the point here is that...um...it's been a while). On the 12th of December, the Wolves beat the Denver Nuggets to improve to 10-9.
Provided by Basketball-Reference.com: View Original Table
Generated 4/18/2013.
Things were looking up: 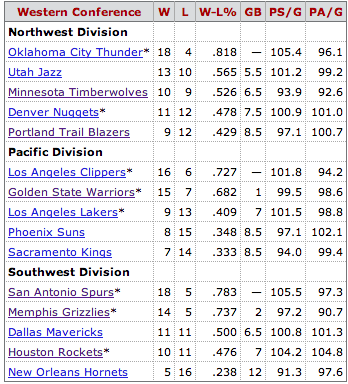 Better yet, Ricky Rubio was only 3 days away from returning. The Wolves then proceeded to win in New Orleans before getting Ricky back against Dallas, where his 8 points and 9 assists led the Wolves to an overtime win that pushed their record to 12-9. 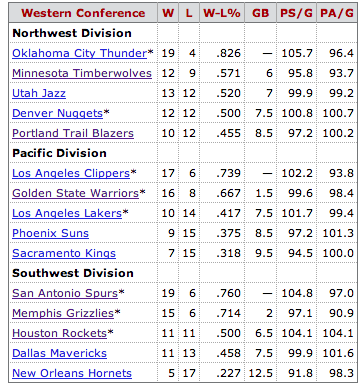 Hell yes.
Things weren't all roses, however. On December 11, Kevin Love decided to get some things off of his chest:

"I don't know who labels people stars, but even [T'wolves owner] Glen Taylor said: I don't think Kevin Love is a star, because he hasn't led us to the playoffs," Love told Yahoo! Sports. "I mean, it's not like I had much support out there.

"That's a tough pill to swallow."

No, Kevin Love isn't over Taylor and GM David Kahn refusing him what he had earned. He isn't over Kahn marching into the trainer's room after a loss and thrusting a contract offer sheet into his hands. Where else does it work that way in the NBA? "I'm not the one to always follow professional protocol – but I do know what it is, even at 24 years old," Love says. 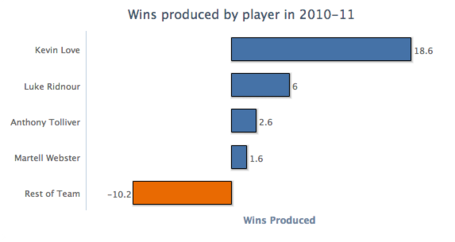 Last year he got some (unexpected) help from Pek and a little bit from Ricky: 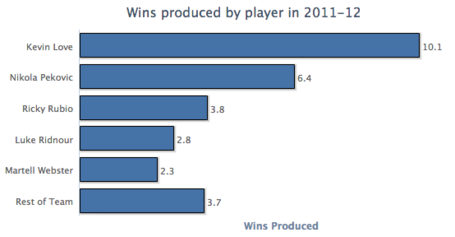 Now, what I'm about to tell you is a radical concept but it is completely true: Adding good players makes a team better, especially when the good players--and wait for this--play minutes that were previously handed out to bad players.
You know, something like this: 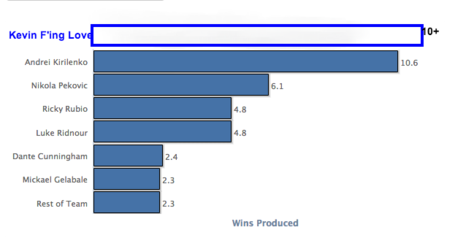 The Wolves didn't just have a generalized injury bug this year. The reason why they really went down the tubes was because they had a best player injury bug. The lost season went down for one main reason: 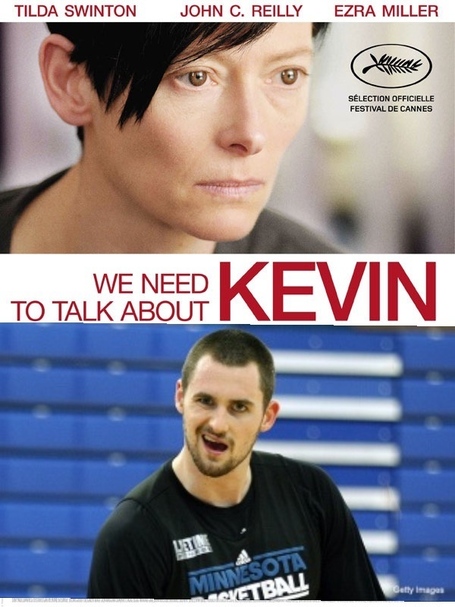 OK, I've gone on far enough in this first wrap up post. This season can, for the most part, be written off as "no Kevin." Everything else is just window dressing and/or paste. This was the year of knuckle pushups.
Later wrap up posts will cover the following topics:
Via con dios.