Canines, Magicians, and the tragic comedy of the NBA Lottery

Share All sharing options for: Canines, Magicians, and the tragic comedy of the NBA Lottery

This isn't another rant about the NBA lottery being rigged.

No, in fact, I believe the lottery works exactly as its intended to. Just one problem: the way its intended to work hurts more than it helps. And never, in the 16 years the Timberwolves have not moved up in the lottery, was this more apparent than this past week.

Two years ago, when it was becoming apparent that 'the blueprint' wasn't going to build the grand Timbertower we were promised, we of the Canis Hoopus variety swore off cheering for moral victories. No more. None. The team either won or it got Korean food. 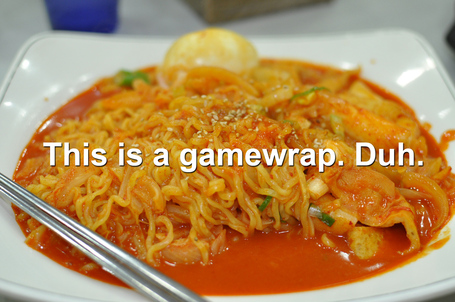 And that's something we carried through quite literally with every %%% comment about draft picks and athletes and blueprints and smiles and open letters and too much weed and assigning the coaches homework and loss after loss after loss. Win now. The end.

But here's the thing.

At the end of just this last February, the Wolves were sitting on a record of 20-35. Chase Budinger was set to come back anytime, and there was still the possibility that Love get in a few games as well. And we said GREAT. Get 'em on the court and let's win some games!

But let's take a moment to think about what we were really cheering for. Actually...what were we cheering for? The Pups had a nearly 2-1 loss-win count, and with no moves made at the trade deadline, were clearly not going to make the playoffs (at the time, we calculated that the Wolves would need to play better ball than the Heat to make the 8th seed at that point (BTW, the Heat have lost only 3 games since the end of February)) With no chance at the postseason and the roster too decimated by injury to claim the whole "gaining some on-court chemistry" thing, winning would accomplish nothing. But we wanted them to win, and they wanted to win, and so they started winning; from March 1st to the end of the season, the Wolves posted a not-all-that-terrible record of 11-16, to finish the year at 31-51, good for the #9 draft pick. So...hooray....?..??.......?

But here's the thing: had we stayed on that path, we would have finished with a record of 29-53. Just a difference of two wins, right? Wrong. 29-53 is the record the Wizards finished with. Which put their lottery chances at 3.5% as opposed to our own 1.7%, which ultimately got them the 3rd pick...not the 9th.

Winning would get us nothing. We cheered for our team to accomplish nothing and they got nothing.

Were we wrong? Of course not. How would we be wrong for wanting our team to win after 3 1/2 years of losing? But at the same time, the winning clearly hurt us in this case, and hurts most teams in almost all lottery cases. Teams exist to win. But when a season is clearly lost early on, and winning doesn't get the team anything practical, then the only way to make something useful out of the situation is to engage in that blasphemous, 4-letter word practice.

And therein lies the core of the problem of using the current lottery system. For a team to win later, it has to actively lose now. And that's not the team's fault and it's not our fault and it's not even the lottery's fault. The lottery does what it's supposed to do. It's the system's fault. As Royce White said early this year in his battle for a mental health policy, "The problem is the art of the business."

Good teams are built by drafting the best players. The best players get drafted with high picks. The system is set up to award high picks to those with bad record; the worse the record, the better the pick is likely to be.

And no, having the worst record doesn't mean you'll get the best pick. That's what I mean when I say the lottery does what it's intended to. Charlotte won 7 games last year, but lost the Anthony Davis sweepstakes to the Hornets, who won 21 games. They were 1 game away from the worst record this year, but are picking 4th.

There's also Cleveland, who hasn't had the worst record in a decade, but has won the lottery 3 times in that span, including a year they kicked us out to grab Kyrie Irving (scary thought: LeBron goes back and forms a 4-headed monster of Bron/Irving/Waiters/Noel)

And then, we have the perfect example of all this nonsense: the Orlando Magic, who gave up on the season 2 months before it began when they traded the clear-cut best center in the NBA for Mo Harkless and Aaron Afflolo, turning down (among others) Andrew Bynum, Andre Iguodala, Brook Lopez, and the Saturn-sized pile of assets the Rockets put together. They tanked. And now they're going to be picking from that Noel/McLemore/Porter/Oladipo/Burke group.

If the NBA wants to know why it can't overtake the NFL, then maybe this is a good place to start looking. The league runs a system that all but forces teams to rely on the draft to become good. Then they want those teams to win, while running a draft that encourages teams to lose. Fans don't like teams that lose. They stop paying attention. They tune out. They stop caring.

I don't know what the best solution to the problem is, but as my design professors liked to remind me, you don't have to know how to make it to know that it's no good. Change the percentages. Weight the system. Something. Just don't put us in a position of having to want our teams to lose.