A study in chaos

Share All sharing options for: More questions than answers

I don't want to just scream and rant about this. And I'm not going to. You're all doing enough of that anyway as it is.

But honestly....how did this team get to this point? Just yesterday I remember adding up the aggregate scores from out in-house draft models and gleefully thinking we'd finally hit a no-lose scenario. At worst....at worst....we were looking at Kentavious Caldwell-Pope. I said, and I quote (myself):

...it's just nice to be heading into a draft without the dreaded certainty that we'll find a way to screw it all up...

Should have known better.

When the Wolves took Trey Burke at #9 instead of CJ McCollum, I defended the pick because I assumed there would be a trade. And when there was a trade....even though it was down instead of up, I still defended the pick because I assumed it would be Sergey Karasev at #14 and a big man defender at #21, which would have been a wholly acceptable outcome.

I'm having a really hard time even fully understanding the tornado the Wolves spawned tonight.

First off, the obvious: Shabazz Muhammad is not a great pick. I wouldn't go as far as saying he's outright terrible....not at the end of the lottery in this draft class....but.....how? I was convinced...both from the chatter and just plain logic....that Muhammad was the last guy this team would ever consider drafting. I said it several times, and I'll own that.

Let's talk Muhammad. He was billed coming into college as a young, versatile, hyper-athletic guard who could shoot the lights out. And then he proceeded to show none of that at UCLA. He averaged less than a single assist and steal per game. His shooting was far from efficient. His athleticism never showed up (what are these scouts looking at? Who keeps telling us guys like Harrison Barnes and MKG jump like Kobe and Crash?) and it turns out he lied about his age (or at the very least, never bothered to correct anyone about it)

He effectively put in (baseline) 17-5-1 with no steals in one season...and yet he ends up being the pick instead of a guy who averaged 21-6-3 with two steals over 4 seasons.

How did he end up higher on the board than CJ McCollum?

Add on to this his attitude, and....well, look, he thinks he's the best. Which isn't necessarily a terrible attitude to have per se. But when the talent doesn't match the ego (especially when the ego goes unchecked)....Rashad McCants, anyone? Stephon Marbury? Isaiah Rider?

The one thing I do think Muhammad has going for him is he's really really good at moving without the ball. This may be what Saunders and Adelman saw in him. Shabazz has a natural talent for running off screens and finding open spots on the floor to catch-and-shoot from. He hit 40% of his shots in those situations, and generated 1.37PPP on basket cuts. So if you cut out the parts where he tries to create shots for himself (where nearly all his scoring inefficiencies came from in college), put him in Adelman's offense and get him to accept a role similar to Chase, he has the potential to contribute.

That said, he clearly liked thinking of himself as the guy with the ball. And he clearly didn't like sharing the ball once he had it. Which is very Beasley-ish, and as Adelman said last summer, he sent Beas away because

...he liked to iso with the ball, and I can't have that. Then I have four guys just standing around.

How did Adelman....who sent Beasley away for being the exact kind of player Shabazz is....accept going through with this? It wasn't like he wasn't involved. He was in the draft room. He personally interviewed Muhammad during his workout. And Saunders, for all his faults, has never been the type of guy to just go with an outright 'screw you' move. Something isn't adding up there.

But even beyond all that, the Wolves also somehow managed to actively help their direct rivals in the process. Burke...a guy with serious Damien Lillard potential....was sent to division rival Utah. Not picking McCollum allowed him to fall into the hands of the real Lillard's team, division rival Portland.

The Wolves also decided to sell the #26 pick, rather than take Rudy Gobert and stash him in Europe for another year. Instead, he also ends up with the Jazz....because obviously their frontcourt tandem of Derrick Favors and Enes Kanter weren't going to be intimidating enough already.

I can excuse the team for not moving up. If Detroit doesn't want to talk KCP, then they don't. If New Orleans is already on the phone for Jrue Holiday, then tough luck. But not taking McCollum....or at least getting a guy like Karasev at #14...that makes no sense. That's wholly and completely under the team's control.

How did the team turn a chance to pick their fate into a situation where they felt like they were backed into a corner?

Even after dealing Burke away, they could have walked out of this with Sergey Karasev, Dieng, and Rudy Gobert prepping for his 2014 debut. Instead, they took a guy with all the odds against him, and a sales receipt.

(At least they got Dieng. Not only is he able to contribute right away, but he's a smart defender and can move the ball, which makes him a good fit for Adelman)

And let's not even get into this

That hurts. Forget KCP being a perfect fit as a two way shooter/defender at the 2 spot. Just the fact he basically said "I wanted to be in Minnesota"....how many pro athletes in any sport say that? C'mon Detroit...you need a point guard in the worst way, and Burke is a local hero! 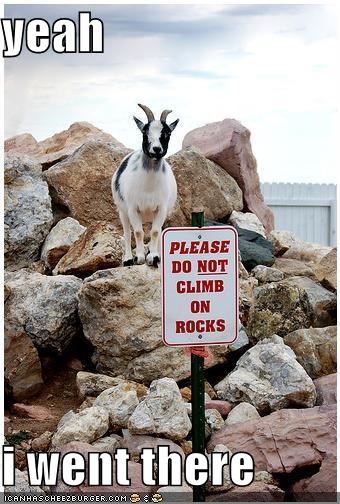 I don't know how Muhammad makes it here. Or at all, really. It's not like I think he's a bad human being. It's not like I'm out to hurt his feelings or tear down his dreams. I'd love for him to really be the next Kobe. I'd love for him to justify that top high school player in the country status and power this team to a championship. I'll cheer for him. You guys know I like to look for the good. This is my team and he's a part of it now.

The casual fans on Twitter and Strib and ESPN and whatnot are going to wonder what the big deal is. They see a guy who was talked about all year as a top 5 pick fall to us at 14. But those who know (that would be us) know that players with Shabazz's background and body of work very very very rarely amount to anything at the NBA level.

Someone in that draft room should have known this.