NBA News and Notes: Hollins Out in Memphis? Bjelica has Wolves Offer?

Coaching news and rumors dominate Monday morning, as Lionel Hollins could be elsewhere next season, while Dwayne Casey appears to be staying put in Toronto. And more in our Monday cup of Canis.

Share All sharing options for: NBA News and Notes: Hollins Out in Memphis? Bjelica has Wolves Offer?

The Memphis Grizzlies have given coach Lionel Hollins, whose contract expires on June 30th, permission to speak with other teams. Hollins appears shocked by this turn of events, as he expressed a desire to re-sign with the Grizzlies. The plan seems to be to elevate assistant David Joerger to the head post, which Hollins also criticizes.

It does seem a bit odd to me that Memphis is so eager to jettison a coach who has led them to some of their finest seasons, especially this year when the team won 56 games and made it to the Western Conference Finals. However, Hollins doesn't appear to see eye to eye with the Grizzlies front office, which also doesn't want to risk losing Joerger, who has gotten a lot of credit for Memphis' defensive prowess, to another organization.

It's hard to imagine Hollins being unemployed for long; the Brooklyn Nets are known to be interested, and the Clippers will probably talk to him as well.

In Toronto, on the other hand, a shift in front office personnel does not appear to be presaging a change on the sidelines, and Dwayne Casey is safe, at least for the last year of his contract, according to the Toronto Star. After the shameful way he was treated here, I'm always glad to see things work out for Casey.

Meanwhile, the future of George Karl in Denver appears to be up in the air all of a sudden following the departure of Masai Ujiri to Toronto.

The rumors that the Wolves will look to trade the 9th pick along with Derrick Williams to move up in the draft have been re-energized thanks to a Charley Walters remark. I'm not going to rehash this idea; Charley Walters could be right, he could be three months behind.

There is also a rumor, unconfirmed, that the Wolves have made an offer to Nemaja Bjelica, whose rights they acquired on draft night 2010 from the Wizards, who selected him in the 2nd round. It isn't clear to me that he has a role in the NBA, or that there is really room for him on the Wolves roster as things currently stand, but the roster can obviously be significantly reshaped over the next couple of months. Bjelica has been playing for Vitoria in the Spanish ACB.

We'll have a game thread up for game 7 of Heat-Pacers later; I hope everyone is looking forward to that tilt. 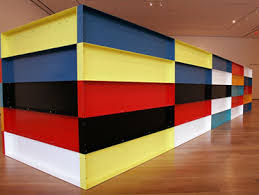 What else is going on?