Around the NBA: Dallas Mavericks

Does Dallas have the horses to compete in the West?

Share All sharing options for: Around the NBA: Dallas Mavericks

Despite a flurry of arrivals and departures, has anything really changed in Dallas? As I began to think about writing this piece, my first impulse was to mock the course the Mavericks have taken this offseason. After all, they ponied up $25 million for Monta Ellis. The signings of Ellis and Calderon have cut into the team's ability to acquire multiple max players in future years, without providing Nowitzki with the studs he needs to once again advance deep into the playoffs.

One of the themes of Dallas' 2012-2013 season was that, for all their problems, the team was effective when Dirk Nowitzki was healthy. Nowitzki experienced multiple setbacks in his injury rehab through the first half of the year, and the team was hamstrung in his absence. Once Nowitzki returned to something resembling full health, the team raced down the final stretch, finishing 22-14 over the final three months of the season.

For all the talk of finding a second star to take over as Dirk rides into the sunset, this team will be extremely dependent on the vet to reach the playoffs again. For that to happen, the Mavs need to harness the Nowitzki from February and March, when the Mavs made a playoff push from the bottom of the conference, instead of the player whose statistics have severely fallen off each of the last two years. Even in decline, Nowitzki still makes a huge difference (6.9 RAPM in 2011 to 3.8 in 2013).

While the presence of Nowitzki denotes reason for optimism, the team's backcourt is a dicier proposition. Monta Ellis and Jose Calderon are both extremely talented offensive players, but may be two of the league's ten worst defenders. It is possible for a team to hide one defensive liability, especially during the regular season, when teams are unable to completely gameplan for exploitable opponent weaknesses, but it is much more difficult to hide multiple poor defenders. On the other end of the floor, Calderon should be an excellent fit in the pick and roll next to Dirk, as an excellent passer and one of the best shooters in the league.

Ellis is a more intriguing fit. As an underrated passer, he will help create shots for an offense that featured too few creators last season. The Mavericks front office likely sees the Ellis-Calderon pairing as being able to replicate the success of the Terry-Kidd pairing, and Ellis does bear superficial resemblance to the JET. The problem is that Terry is one of the best mid range shooters of his generation, even as the rest of his game has tailed off, while Ellis has not made 40% of his shots between 10-23 feet in the last six years. This could be a problem if Ellis doesn't rein in his shot selection.

The rest of the rotation should be competent. Brandan Wright and Sam Dalembert* make a good offense/defense pairing at center. Both players are effective, if flawed, rim protectors, who will have quite a bit of work to make up for the defensive shortcomings foaled on the perimeter. Wright, and to a lesser extent Dalembert, will also be able to take advantage of the team's spacing to add some efficient interior scoring.

*At 3.5 million, I would much rather have Dalembert for 15 minutes a game and Pek insurance than Corey Brewer at 4.5 million.

One of last year's lone bright spots was an excellent season for Vince Carter, who outperformed expectations for the first time in his career, and was even the team's best player for stretches. He joins Shawn Marion and Jae Crowder on the wing. Marion and Carter providing the same level of consistency, efficiency, and defensive savvy despite being long in the tooth would do a lot to spur the Mavericks into the playoffs. Crowder, a CH draft favorite, brought enough defense and intangibles to stay in Carlisle's rotation despite some horrific shooting.

The Mavericks drafted guards Shane Larkin and Ricky Ledo. Larkin is an extremely athletic, talented point guard who may turn out to be as bad on defense as Calderon. Ledo is a tabula rasa, who has garnered both positive and negative reviews for his play and attitude in a variety of extremely subjective contexts. At this point, the rest of the roster consists of Devin Harris, a serviceable backup at this point in his career, Wayne Ellington, and Wayne Ellington's excitement. 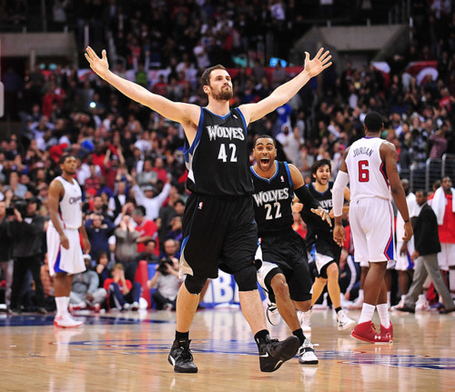 At most, Dallas projects as a 50 win team if the new acquisitions gel and the old guys canter at last season's pace. If the addition of Monta Ellis throws the offense, and Nowitzki, Marion, and Carter start to show their age, the team could finish near the bottom of the conference.

Since Mark Cuban and Donnie Nelson decided to try a quick rebuild after the 2011 title, letting Tyson Chandler, Jason Kidd, JJ Barea, and Jason Terry (one year later) hoof it for greener pastures, they have gone "all-in" to lure a superstar the past two summers but have come up empty. The franchise is champing at the bit to lure another free agent in the summer of 2014, with over 30 million in potential cap space despite the recent signings. A returning Nowitzki would eat into that space, but would still leave the Mavericks with the potential to sign a max free agent, which would justify the mediocre scuffling of the past few seasons. Still, LeBron James and Chris Bosh are the only unrestricted 2014 free agents that would be the worth such an investment, and in lieu of Monta Ellis developing into the player he thinks he is, each player could find a better situation elsewhere, leaving the fans bridling at this now unaccustomed mediocrity.

Other than the free agent derby, teams can also acquire a franchise changing player through trades or the draft. To find a star in the draft, the Mavericks would need to bottom out, which will probably happen anyway when Nowitzki continues his decline. As the team has a stated goal of competing while Dirk is still Dirk, this is unlikely for the next couple seasons, unless Nowitzki leaves next summer. The problem with trades are that teams need assets to trade. What could the Mavericks offer to a rebuilding team looking to let go of a star and start over? Of course, Jae Crowder, Shane Larkin, and a pick in the mid teens are not a winning package.

Rick Carlisle will be in the saddle for his sixth season as the Mavericks coach, one of the longest tenures in the league. The leaguewide pillaging of the Houston front office continued with the hiring of Gersson Rosas as the team's new GM, operating under POBO Donnie Nelson, Jr, indicating that the Mavericks will continue to be at the forefront of the league's embrace of statistical analysis in the steeplechase for the franchise's next stallion.