A long time coming, a long ways yet to go

In just one summer, the Wolves have dug themselves out of the basement. But the they have a lot to learn to keep moving forward

Share All sharing options for: A long time coming, a long ways yet to go

Yes, Flip Saunders might have Britta'd the draft, but let's give him his due credit: over the past 3 months, Saunders has assembled possibly the best complete roster the Wolves have ever fielded. In terms of potential productivity and sheer talent, this Timber-iteration might even top the 2004 team that went to the Western Conference Finals (although that team had Kevin Garnett, who we have since learned brought defense and a semi truck's worth of intangibles to the court that no amount of stat stuffing can ever quite equal)

I mean, the guy once called Melo's Wife a Honey Nut Cheerio. That's like a Gary Payton level of trash talking man.

(If you need any proof, by the way, of how obscure we were even in the KG era, note how his language took everyone by surprise when he donned Celtics green. C'mon, guys. He'd been yammering that stuff for like 10 years by that point)

But here's the deal: as good at that 04 team was (and it was very very good), it really did massively overachieve. Even with KG and Sam and the last tank of gas from Spree. If you were to tell me that a team starting Ervin Johnson and Trenton Hassell....with a bench of guys like Fred Hoiberg, Gary Trent, Keith McLeod, Mark Madsen, and one good knee from Sizzlerbean....would make the WCF over a loaded, Chris Webber-era Kings team (led by Rick Adelman, no less) I would have sent you to Greendale Asylum.

By contrast, this year's team has a nearly top-to-bottom quality talent level. Even the team's wild cards...Brewer, Derrick Williams, Dieng....have the potential to do some big things in the right situations. If you take this year's rotation and stack it up against the 03-04 one, this year stacks up pretty favorably.

I mean, that last slot doesn't even count, because no one else on that team played more than 50 games that year. That's how shallow that team was. It was basically KG, Sam, spot duty from the Mayor, and a bunch of guys who were good enough to just not get in the way.

(and note how there's only one PG on the whole list. Ever wondered why the Lakers annihilated us after Sam went down? There's your answer)

Again, no Garnett, although Love isn't all that far off in the numbers game. But on the depth chart, you get full-time duty from Rubio instead of pick and choose spots from Hoiberg, overall better production from Martin over Spree, and by the time you get down to Gary Trent and Mad Dog circa 2004, you're still on Chase Budinger now.

In fairness, Saunders has an advantage. As a part-owner and trusted Glen person, he can spend in a way Kahn was never going to get to no matter how well he did. DK was on a budget. Saunders is not.

That said, he and Adelman have assembled a playoff team here.

In fact, while most of the ExSPerts(N) are saying we'll fight for the 8th seed, I'd say we're more likely to fight for seed 5 and 6. Thunder, Clippers, Spurs, Rockets. Everything after that is up for grabs as far as I'm concerned. I'd say the next two teams everyone is looking at are Memphis and Golden State, but...well

Neither of these teams are looking at all like they're out of our league here. Especially considering Memphis' power is all concentrated in the post (lots of quality in Gasol, ZBo, Davis and Koufos, but that's 4 guys for 2 positions) and all the Warriors' power in the backcourt (Bogut and O'Neal never stay healthy enough to rely on) And especially if you predict Rubio and Martin to get up (back up) to the near-superstardom range.

And then below that are teams like the Trailblazers, Pelicanettes, and my personal favorite conundrum, the Nuggets. Who sent away the coach of the year, executive of the year and their two best defenders. Which means they now rely on a rookie coach, Randy Foye, Shaq'tin a Foo, and Gallo's one good leg. But clearly they're a lock for the postseason. Clearly.

Here's a pro tip for all you paid writers out there: when your team's best player argument includes JaVale McGee and JJ Hickson, your team does not look real promising. Nor does trading one of your best playmakers and best defender for a guy who is neither. Now they'll have to rely almost exclusively on Lawson to set everyone up AND do all the scoring. That's a lot to ask of any point guard not named Derrick Rose.

So a ship of mis-firing cannons (Foye), loose cannons (Robinson) and guys who can't even find the cannons (McGee) helmed by a dude who's never been captain before. Not. Good.

All of this is to say, if the Warriors and Grizz are 5-seed worthy, so are the Wolves. Which is a big deal that Saunders deserves a good deal of credit for.

But here's the thing: while the team is definitely ready to compete now, it still has a lot of work to do to stay competitive, and the Saunders team clearly has a lot to learn to achieve that.

I started chasing this thought around while taking a good look at the Thunder. James Harden is gone, and that's definitely a setback. But it struck me as bizarre that the initial reaction was something along the lines of "Thunder close championship window on themselves", and it took me a while to realize why that was.

No one remembers the Thunder are as young as they are.

Durant is just 25. Westbrook and Ibaka are both just 24. I think, because they got so good so fast, people forgot they were just 23-24 years old when they made the finals. Once upon a time, that was practically rookie age in the NBA.

And so, again, while being Harden-less is a backwards move, the Thunder...smartly and sneakily...are set to be just as good, if not better, for a long time.

I wouldn't be surprised if they don't finish first in the west this year. Or even second. The Clippers loaded up on shooters and have a genius coach now (aka the polar opposite of what they had before) and the Spurs are....well, the Spurs. But what the Thunder do have is two of the league's top 10 (maybe even top 5) players, and a big potential awesome coming up behind them.

Reggie Jackson is no Westbrook, but he proved himself to be quite good last year (14.2 PER, .121 WS/48. His second year was almost as good as Eric Bledoe's third year) Also likely to pan out well is Jeremy Lamb, and there's good potential in Perry Jones III (and even Thabeet might end up being servicable) They're also overstocked on guys who haven't even gotten a chance to show their potential...Andre Roberson, Daniel Orton, Steven Adams

And the kicker there is Jackson is 23, Jones and Lamb are both 21.

So in 5 years, when Durant and Westbrook are in their prime, LeBron is slowing down, and guys like Duncan, Wade, and.....Kevin Martin....are close to or already retired, the Thunder will be sitting on two superstars and a good 4-5 really great rotation players, all under the age of 30.

That's how you build and sustain greatness: you draft and sign players who are likely to be really good for pennies on the dollar and develop them in-house. Two things the Wolves spectacularly fail at on a regular basis. 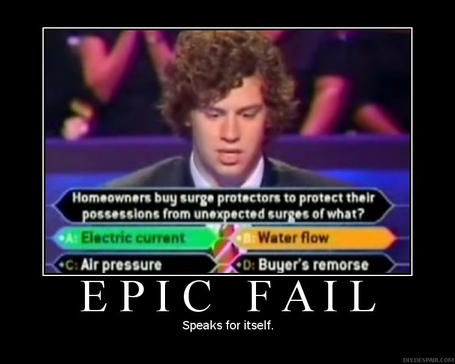 (like, no way dude. Are you for serious???) <- To be read in classic Andy Samberg voice

Take a look at some of the key up-and-coming players for teams who have or are about to go on sustained runs of awesomeness:

Compare that to Kevin Martin:

We are paying Kevin Martin $6.5 million this season. Jackson, Leonard, Parsons and George combined will make just $7.2 million. See how that works? Chandler Parsons is putting up Kevin Martin production at under a $1mil/year.

(And BTW, George averaged 20-6-5 in the Finals going head-to-head with LeBron. Leonard then put up 15-11 against LBJ in the Finals)

San Antonio, of course, is the gold standard of this, with Leonard just being the latest in a long, long, long string of awesome late drafting and cheap signings. They nearly blew up the second death star with Tim Duncan and a bunch of guys no one though anything of when they first got to the NBA. Tony Parker (28th overall), Manu Ginobili (57th overall), Kawhi Leonard (15th overall), Tiago Splitter (28th overall), Matt Bonner (trade throw-in), Danny Green (D-Leage callup) and Gary Neal (undrafted free agent)

You can also credit Parsons for the Rockets landing Dwight Howard. Literally. In more ways than one. Not only did his awesome-play-at-a-bargain-price ticket help give the Rockets promise without eating up cap space (D12 said he picked HOU over DAL because they had a good team already waiting) but apparently Parsons personally convinced Howard it was the right choice.

“Chandler is probably the guy you should really thank,” Howard said of who or what ultimately brought him to Houston. “He's been blowing my phone up every day. He's been great.”

And the brick there is that the Wolves could have drafted all four of those guys. Leonard was picked #14 the year we picked Derrick Williams. Jackson was the same year, picked two spots after Donatas Motiejunas (who we traded to the Rockets), and Parsons was picked that year as well, with a pick we outright sold to Houston. And of course, Paul George was picked 2 spots after we took Wes Johnson.

Full freight. For everything.

Pekovic and Brewer are 27 years old. Love and Budinger are 25. Ricky Rubio is just 22. It's not like this is a 2 year window then done. 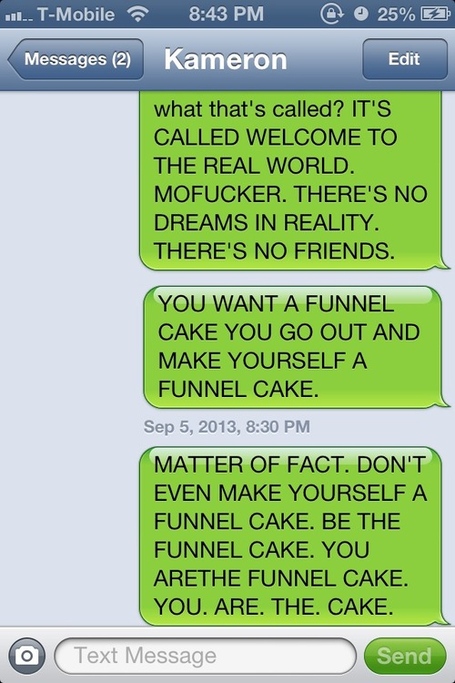 While you always want the players (and for the most part, the coaches) to be focused on this season, management has an obligation to also think about next season. And the season after that. And the season after that. The Wolves made a big stride forward actually getting top free agents to sign here....something that was considered an impossibility just 4 years ago....but that doesn't change the fundamental structure that dictates teams sustain through the draft. More so now than ever, with the restrictive new salary cap and doomsday luxury tax in place.

Garnett and Love are awesome. Pek and Rubio are getting there. Marbury and Sizzlerbean were pretty good. Then....who else is even worth mentioning? 6 picks in a 24 year history with way too many Christian Laettners and Rasho Nestarovics and Will Averys and Randy Foyes in the gaps between. Not exactly something to tack on the walls of the Target Center. David Kahn set us a good 5-6 years back on this. Saunders had a chance to get it back on track by 2016 or so, but instead just compounded it further by picking Bazz. Not exactly a guy who's going to replace KMart there.

Every player is a rookie at the start, and the only way for a team to stay excellent is to identify which ones are the best and get them while they're still making rookie money. You get 3-4 years of basically free play from them, then have the money to pay them as your veterans depart and you find the next group of rookie producers. That's how great teams become great. It's not just getting there. It's staying there.

But in the meantime, these next few seasons look like they'll be pretty spectacular. Enjoy it, Hoopusters. It's been a long time coming.