Club Meeting? Sikma Out? Forget about Blatt, too.

Flip Saunders seems to be getting the gang back together to collectively coach the Minnesota Timberwolves. With June 30th approaching, and contracts expiring, employment-turnover among the Wolves staff is gaining momentum. Who stays? Who goes?

Share All sharing options for: Club Meeting? Sikma Out? Forget about Blatt, too.

So, yesterday. Jerry Zgoda of the Star Tribune, most of you know him, enlightened us with the known-whereabouts of Sidney Lowe.

I hear Sidney Lowe is in town, a visit that's a prelude to him joining Flip Saunders' staff as an assistant coach.

It's not a done deal yet, but is expected to be sometime soon.

To those wondering, Lowe was an assistant under Flip with the Wolves and Detroit is a member of that proverbial Country Club many like to talk about. Lowe spent last year with the Utah Jazz organization, last season, working under Ty Corbin. Keeping to the theme, Corbin and Lowe were both members of the Timberwolves inauguration team during the 1989-1990 season. Does this mythical Country Club have a branch in Utah, or what?!?! [Too far? Too far.]

Zgoda proceeds to state Sam Mitchell is debating a career in television, as opposed to becoming an assistant under Saunders. Mitchell makes consistent appearances on the NBA Network, as well as the Toronto Sports Network [TSN]. As a viewer of the NBA Network, Mitchell would appear very happy there.

As Mitchell's relationship with the Toronto Sports Network, I'm not sure exactly. I attempted to view a video titled; Spurs Outwork Heat For Series Lead, when browsing the TSN homepage, but when trying to watch; Jermain Franklin and Sam Mitchell break down the Spurs' efficient offensive explosion and the role that Kawhi Leonard played on both ends to lead San Antonio.

I was greeted by this. 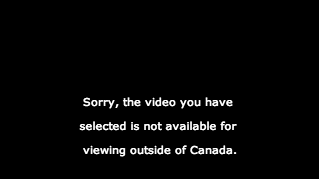 I was unable to obtain the ever-coveted TSN footage of Mitchell breaking down game-three of the NBA Finals. I regress. Tidbit of opinion: I'm likely uniformed, but I don't recall Mitchell ever taking an official/unofficial visit. Consider the idea that former candidates for the Wolves head coaching vacancy; Lionel Hollins, Dave Joerger, Vinny Del Negro, and, now, a likely future assistant [Lowe] have all sat and talked about working with the team next season. Had Mitchell talked with Flip? Has he come to town? I understand membership has it's privileges, and all that, but if there's not been a single interview and this is based on solely from previous relationships; that's strange-ish.

If Sam Mitchell wants to continue expanding his career among the media folk, he'll have plenty of opportunities. TSN plans to expand its national coverage sometime in the next year.

Jack Sikma will be free to search for new employment as soon as June 30th, when his contract expires, according to Darren Wolfson.

@ZacharyBD Believe his contract goes through June. But was told he's ok pursuing other jobs. Contract just won't be renewed.

It doesn't appear Sikma is a Country Club member, although he just finished his third season as an assistant to Rick Adelman. It is to my understanding that Sikma had a significant hand in the development of Gorgui Dieng and Nikola Pekovic during their time together in Minnesota. If what I'm led to believe is true, the Wolves should find a way to keep this guy onboard-- provided Sikma wants to stay. Subsequently, teams lusting for assistants will probably give him a call. Perhaps if Sam Mitchell doesn't want a job, Sikma sticks around.

Oh, and while we're discussing assistants.

Considering the notion Flip Saunders had no previous relationship with David Blatt, a globally adored, international-basketball mind, hiring the Maccabi Tel Aviv coach seemed a little like a pipedream. That said, Blatt spoke with Steve Kerr as the Golden State Warriors have expressed interest in Blatt. He and Kerr spoke a few days ago, according to Jerusalem Post.

Considering the Cleveland Cavaliers process for fulfilling their head coaching vacancy makes the Wolves, process, look that much more respectable; having an opportunity to land a hot name such as Blatt is pretty Cavs-ish.

[AmIRight? They're lucky in the Draft Lottery? No, ok. I won't use Cavs-ish any longer]

Blatt seems to be setting the bar high for himself, as a prideful man should, and the Cavs aren't the ugliest situation. There are plenty of narratives at play, there....or something. Stein wasn't done, as he went on to tweet that he believes Blatt would have an easier time becoming an NBA head coach had he accept an assistant position, first.

Depending on what else happens, former Golden State and Sacramento coach Eric Musselman -- whom Saunders once baby sat -- is a possibility as well. He wants to get back into NBA coaching and is weighing a couple college options as well, I'm told, after working for Arizona State last season.

Another possible candidate if Detroit guard Chauncey Billups, if he decides to retire and doesn't pursue a front-office job somewhere. He played for Saunders with the Wolves and the Pistons.

Until Kevin Love's presence in Minnesota is no longer a distraction, it's tough to assess a coaching staff if the roster they'll be working with is undetermined, or incomplete--but who am I to stop anyone from speculating?

Thank you for the warm-ish welcome messages and comments, yesterday. I appreciate them very much.