Spurs Defeat Heat, Lynx Fall at Home, and Some Wolves Musings on a Metal Monday

The Mercury snapped a 14 game losing streak to the Lynx. The Spurs are the new NBA Champions. The Wolves held a promising draft workout, but hope to host more of them.

Share All sharing options for: Spurs Defeat Heat, Lynx Fall at Home, and Some Wolves Musings on a Metal Monday

Neither team in game five of the NBA finals scored 50 by halftime, Sunday night, but the San Antonio Spurs led the Miami Heat, 47-40, after having faced a 16 point deficit in the first quarter. After holding the defending champions to only 11 points in the second quarter, the Spurs would shoot 57 percent during the second half en route to their fifth championship since 1998.

Kawhi Leonard was named Finals MVP, and, [forgive me for this] but Kawhi-not? He played arguably his best games as a professional, and he makes for pretty good LeBron kryptonite. There's a number of solid bits from the postgame press-conferences, but this video is the one I'll share. Gregg Popovich's locker-room speech to his NBA champion Spurs: 'I've never been more proud of a team' (Video).

The Spurs organization possesses the synergy coveted by every NBA franchise, and there wasn't a team more deserving of a championship this season. Hats off to them.

@SherwoodStrauss Here is a quick & dirty graph of the difference in the last 2 championship teams. pic.twitter.com/MfbbmOuwPK

Worth noting: The Heat cracked the thin-glass around Michael Beasley in search of....something, last night. B-Easy scored nine points in 17 minutes in the losing effort. 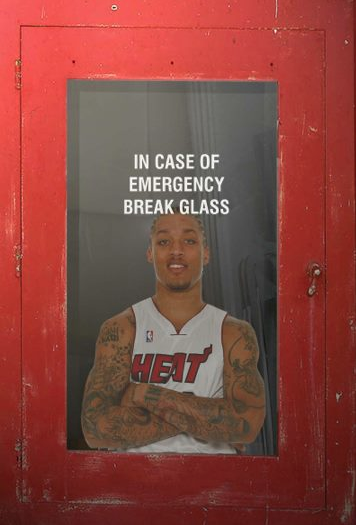 Sunday, the Minnesota Lynx hosted the Phoenix Mercury in a midday-matinee at Target Center.

Going into their meeting on Fathers Day the Lynx had defeated the Mercury 14 consecutive times, but Phoenix, led by Diana Taurasi, jumped out to a 26-12 first quarter lead and never looked back. Taurasi scored 21 points and had 11 assists, and the Mercury shot over 52 percent from the field as Minnesota missed 16 of 20 three-point attempts during the game as they failed overcome a 14 point deficit accumulated by the end of the first quarter.

Maya Moore scored 14 points in the losing effort, and the Lynx fell for at home for the first time this year.

''Needless to say, a disappointing game for us as we come home for the first time in a while,'' Lynx Coach Cheryl Reeve said. ''But once again, for the second time in a row, a team dropped 50 points on us in a half.''

Sam Mitchell coached teams and their tendencies, offensively [From Yesterday]

Michigan State's Adreian Payne held an impressive workout over the weekend. [From Saturday]

According to Darren Wolfson, the Wolves hope to host a Gary Harris draft workout early this week.

It's Metal Monday. Here's a metal song for you to listen to. Or to not listen to, your choice.