Tuesday Morning Shootaround: FREE AGENCY IS HERE (And Probably Doesn't Mean Much for the Wolves)

Many teams will be active in free agency. Unless a major trade happens, the Wolves likely won't be one of them.

Share All sharing options for: Tuesday Morning Shootaround: FREE AGENCY IS HERE (And Probably Doesn't Mean Much for the Wolves)

Today is the day everyone has been waiting for.

Well, maybe not everyone. Somewhere David Kahn is either laughing like a troll while looking at a photo album of Darko Milicic, Martell Webster, Sasha Pavlovic, Ryan Hollins and J.J. Barea.

It’s a pretty big day for NBA fans, but for Timberwolves fans, it might be an uneventful free agency unless Barea, Kevin Love or Kevin Martin are traded.

Let’s take a look at a few interesting free agents and our best educated guess on where these folks could end up.

LeBron James – He’ll probably end up in Miami, but there’s been rumors that he still wants a max contract – something he certainly deserves. But I’m not sure if that’s possible if he wants to stay in Miami. Is he asking Bosh and Wade to take cuts to play with him? The balls this guy has… I mean, the best player on the planet to demand something like that…

Kyle Lowry – The Lakers are said to be interested in Lowry. I don’t know what I would do if I were the Lakers. The big FA summer was supposed to be next summer. But then everyone opted out. Best case scenario: Kobe, K-Love and Lowry? Are we sure that’s good enough for a top-4 seed in the West? I’m not.

But it sounds like the Raptors are close to getting a deal done with Lowry. Go Drake.

Shaun Livingston – Wolves fans want him, and I’m with them, but it takes one team to pay a little extra and boom, the Wolves can’t sign him. For anything to really happen, Barea will likely need to go. Can we convince Adam Silver to give the Wolves an extra amnesty? What if we throw in B-Wright? Anyone? Come on, Adam!

Another name to keep an eye on if you’re a Wolves fan is Jameer Nelson, who was released by the Orlando Magic on Monday. Minnesota was rumored to have connections to Nelson last trade deadline. I’m not sure what he’s got left in the tank, but Orlando wants to make room for Elfrid Payton’s hair and really, he’s got to be better than Barea no matter what, right?

WHO SAYS THE WOLVES AREN'T A CONTENDER?! (Kyle starts crying) RT @PhillipMoore33 He wants to play for a contender apparently.

Well, that was a fun thought.

Jason Kidd To The Bucks…

This was a weird-ass story from the beginning. Zach Lowe of Grantland does a pretty good job of covering the bases with this, but man. This move might actually work out better for Kidd in the long run. Expectations were pretty high with the Nets and with Livingston gone, the corpse of Kevin Garnett laying on the court and the payroll problems the team has, I’m not sure how they get any better.

Jabari Parker, Larry Sanders… I mean, they are in the East. Things could certainly get worse for the Bucks. Plus, it’s a good move for Minnesota native Nate Wolters.

Unless Kidd goes out and signs Livingston and then cuts Wolters. That wouldn’t be good… Let’s move along.

It appears as if Lionel Hollins is the front runner to replace Kidd in Brooklyn. I’m not sure what exactly that means.

You might recall earlier this month when I was lacking World Cup fever. Well, folks. I’ve got it! I’ve got the fake soccer fan fever and I’m not afraid to show it! 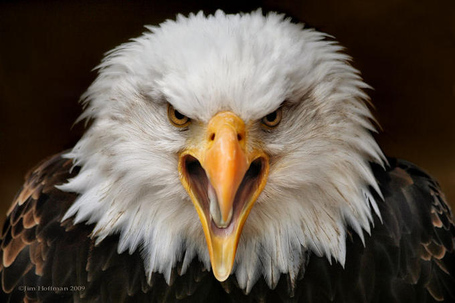 The U-S of A matches up against Belgium today at 2 p.m. CST on ESPN and ESPN3.  I’m going to work from home to watch. Someone find me a bald eagle.

Prior to that, Argentina and Switzerland will face off at 10 a.m., also on ESPN and ESPN3.

The team, not surprisingly, declined to make offers to Othyus Jeffers or Robbie Hummel, making both free agents. Hummel played some actual real minutes for the Wolves last season and he was actually half decent… for what we expected of him, which wasn’t a whole lot at all.

If Hummel is playing rotation minutes for your team, your team isn’t very good. Unless you’re a college team called the Purdue Boiler Makers.

The Detroit Pistons have announced that they have declined the option on veteran Chauncey Billups. Will Flip Saunders create a position for Billups in Minnesota?

We’ll continue to update you throughout the day on the site. Have a good Tuesday, or at the very least, have a better Tuesday than Larry Drew.

He’s singing this song with a bottle of vodka right now.