Musings: A recap of the upset that took place yesterday at the FIBA World Cup and some links to things Wolves bloggers wrote about Chauncey Billups. Moreover, what's up with the Atlanta Hawks front office? What's Adam Silver think?

Last summer, spearheaded by Tony Parker's game-high 32 points, France defeated Spain in the Eurobasket Championship. Parker is not participating in the FIBA World Cup and France, at times, has struggled in his absence. This was apparent during what became a 24 point loss to Spain during the group stages. Nonetheless, the French finished 3rd among teams in Group A thus qualifying and advancing into the knockout round.

After a victory over Croatia, France met Spain for the second time in six days. This time a trip to the semi-finals was on the line.

Throughout the tournament, speculation considered Spain the most formidable foe capable of preventing Team USA from sweeping the tournament. These whispers fell silent Wednesday after France stunned the host country, 65-52. The Americans now walk a proverbial clear path en route to a world championship and aren't expected to face much resistance, now that the Spaniards are eliminated.

More: Some Thoughts on Ricky Rubio at the FIBA World Cup

France scored eight points before Rudy Fernandez put Spain on the board with a lay-up. Shortly after, Boris Diaw extended the lead after connecting on a three-point shot-- his second within the first five minutes. Ricky Rubio made a jump shot initiating a 10-0 run and Spain regained control before things could get out of hand. At the end of the opening frame the score was tied, 15-15.

Both sides tightened up on the defensive end during the second quarter, although France had already set the tone early by being proactive and moving without the ball while on the offensive. Late in their rotations and exposed by backdoor cuts, Spain allowed the French to score a few easy buckets before halftime. This was taking advantage of the lackadaisical defending. At the end of the second quarter Spain trialed, 28-35.

Spain retaliated with a run of their own after halftime. France scored only seven points in the third frame and trailed entering the fourth, 42-43. Despite the low score, it was an exciting, back and forth battle between two pretty damn talented teams.

Because France set the tone early on, Spain spent the first three-quarters attempting to match an energy level they hadn't seemed prepared for. They were simply outhustled and outlasted over the span four-quarters. Frenchman Rudy Gobert, singlehandedly (13), outrebounded Pau and Marc (12) Gasol. By the end of the game, the Spaniards were outrebounded 50-38 and had hit only 2 of 22 three-point attempts-- they finished 20 of 62 from the field.

"Many teams give them room and forget that Marc and Pau are excellent passers." - Collet (2/2)

Last Thursday, Boris Diaw tallied only three points after shooting just one-of-six from the field. He and Nicolas Batum accounted for 14 points obtained on 6 of 21 shooting. It was ugly, France was unable to contain Pau and Marc Gasol, as well as Serge Ibaka, who together scored 42 of Spain's 88 points when these teams met in group play.

Yesterday, Diaw led his team in scoring with 15 points, in addition to grabbing five rebounds and dishing out three assists.

France will play Serbia on Friday. France defeated the Serbs when these two met during the group stages, 74-73. Inspired by the play of Milos Teodosic, who scored 23 points yesterday in a blowout victory over Brazil, who's to say Serbia can't upset France? That side of the bracket is open for the taking.

Looks like there will be an exciting semi-final even despite Spain's absence.

What about Team USA?

Team USA faces Lithuania in the opposite semi-final game today at 2:00 PM. It will be broadcasted on ESPN. Lithuania is led by Toronto Raptors center Jonas Valanciunas. Valanciunas is averaging 13 points and 9 rebounds per game thus far in the tournament. According to this column written by Marc Stein, Slovenia's head coach, Jude Zdovc, suggests Lithuania's rugged front line can give Team USA major problems.

With all due respect to Zdovc, I doubt that. We'll see.

Chauncey Billups retired after a 17-year career in the NBA. Some Wolves bloggers wrote about him.

There haven't been many developments as they pertain to the Timberwolves. Yes, the roster is full. Yes, there are too many wings. If JJ Barea is traded, where will he go? Can he be traded? Will Flip Saunders be forced to buy out the remainder of his contract? I don't have these answers. I regress.

The Golden State Warriors completed a contract extension with Jerry West that will extend through 2016-17. Golden State also signed Leandro Barbosa to a one-year contract.

On Sunday, Atlanta Hawks owner Bruce Levenson issued a statement projecting the intent to sell his controlling interest in the franchise. This is months after Levenson self-reported an email he sent to general manager Danny Ferry, which was CC'd to co-owners Todd Foreman and Ed Peskowitz, containing inflammatory remarks regarding (some of) the Hawks fanbase. The NBA reportedly initiated an independent internal investigation into the matter.

NBA Commissioner Adam Silver has issued a statement in regards to Levenson's actions.

This news was bizarre, but things got even weirder.

Comments made by Danny Ferry, during a conference call and in reference to Luol Deng, surfaced, subsequently stirring up more controversy surrounding the Hawks. Allegedly, Ferry, in a conference call with and sitting amidst ownership, described Deng as someone who "has little African in him. Not in a bad way, but he's like a guy who would have a nice store out front, but sell you counterfeit stuff out the back."

"I'm proud to say I actually have a lot of African in me, not just "a little". For my entire life, my identity has been a source of pride and strength. Among my family and friends, in my country of South Sudan and across the broader continent of Africa, I can think of no greater privilege than to do what I love for a living while also representing my heritage on the highest stage. Unfortunately, the comment about my heritage was not made with the same respect and appreciation.

Concerning my free agency, the focus should purely have been on my professionalism and my ability as an athlete. Every person should have the right to be treated with respect and evaluated as an individual, rather than be reduced to a stereotype. I am saddened and disappointed that this way of thinking still exists today. I am even more disturbed that it was shared so freely in a business setting.

However, there is comfort in knowing that there are people who aren't comfortable with it and have the courage to speak up. In the same way a generalization should not define a group of people, the attitude of a few should not define a whole organization or league.

Ultimately, I'm thankful to be with an organization that appreciates me for who I am and has gone out of its way to make me feel welcome."

Hold on, though, because we're not done.

Adrian Wojnarowski of Yahoo Sports reports that, on said conference call, executives hustled through a list of free agents of which included Carmelo Anthony. Ferry states Anthony "can shoot the [expletive] out of it, but he screws you up in other ways," according to a transcript obtained by Yahoo Sports.

Hawks co-owner and CEO Steve Koonin, who will oversea team operations, presumably, until a sale is consummated, spoke with an Atlanta radio station and stated Ferry is to remain as the GM. Shouts to Peachtree Hoops for this artcle containing the following information.

#ATLHawks GM Steve Koonin: "Danny Ferry is the GM of the Hawks today because there was a process."

Koonin: "I felt the right thing to do was to go with the facts, and Mr. Gearon's letter was before the investigation." #ATLHawks

Ohhboy. This is all very sketchy and messy.

Yes, Adam Silver has discussed this matter. He has also released a statement. The following quote is from USA Today. Click here to see the column it is pulled from.

"The discipline of a team employee is typically determined by the team, and in this case the Hawks hired a prestigious Atlanta law firm to investigate the circumstances of Danny Ferry's clearly inappropriate and unacceptable remarks," Silver said. "In my view, those comments, taken alone, do not merit his losing his job."

"It's a question of context ... These words, in this context, understanding the full story here, the existence of the scouting report, the fact that he was looking at the scouting report as a reference when he was making these remarks, what I'm saying is - and frankly my opinion - is that this is a team decision in terms of what the appropriate discipline is for their employee. But if I'm being asked my view, I'm saying that, based on what I know about the circumstances, I don't think it's a terminable offense."

Alrighty. More stuff will unfold as time passes. I've told you what I know.

This is a lot of stuff to take in, I'm sure.

Things got a lil' lengthy. My bad. 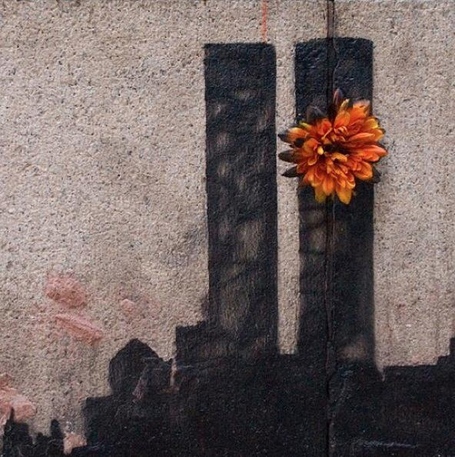