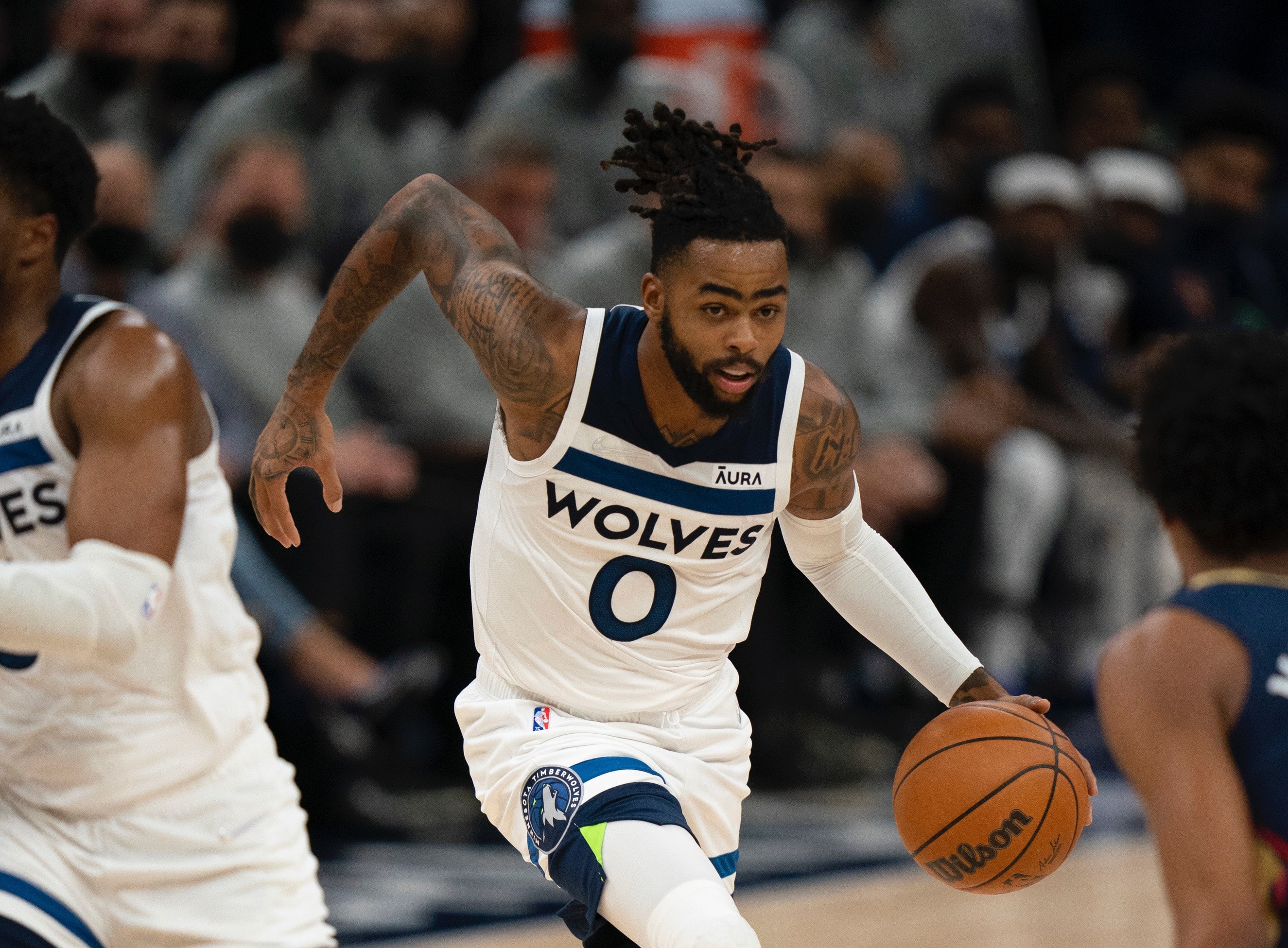 The All-Star point guard is off to a terrible start. But it's no time to be concerned over it.

D'Angelo Russell indeed is off to a terrible start to the season. Despite having a solid performance in the season opener vs Houston with 22 points, 7 assists and shot 50% from 3, Russell has laid back to back stinkers vs the Pelicans. Timberwolves fans are seemingly beginning to either turn on him, want him to come off the bench or now wish they should have traded him. I am here to tell you all, it's too early to turn on D'Angelo Russell.

Let's start with the obvious, Russell has not been very productive on the offensive end. Currently averaging 14 points and 4 assists on 31% FG and 30% from 3. Most of his shots are short, hitting the front or side of the rim, and he passes up on scoring opportunities that he excelled at in Brooklyn and Golden State (hitting open floaters). This could possibly mean 2 things: he is not in full game shape or he is unsure of his offense at the moment. The first game against the Pelicans, he was throwing a bunch of questionable turnovers and stripped of the ball. Over the offseason, Russell and the Wolves gloated about how he appears to have changed more than anyone on the team for the better part - it just yet to have manifest itself.

You cannot simply put the entire blame on Russell however. Karl-Anthony Towns himself is having a rocky start to the season due to constant foul trouble and over emotions causing him to lose control of his game. Despite an amazing 3rd quarter from yesterday's game - Anthony Edwards has minor struggles being consistent. And Chris Finch was so focused on defense during training camp that probably a 3rd of the offensive system has been installed. So no one understands their assignments quite yet.

There have been some bright spots within Russell's starts. Despite a really bad offensive start- he is currently top 8 in Offensive Clutch Percentage - evident of his great close out performance in the 4th quarter in the first game vs New Orleans. And his defense has been better than expected for the first 3 games. He currently has the same OPFG% allowed as Josh Okogie (37.4% OPFG% allowed) and just a little behind Patrick Beverley (36.8% OPFG% allowed). So in all, I trust D'Angelo Russell to break out of this offensive slump.