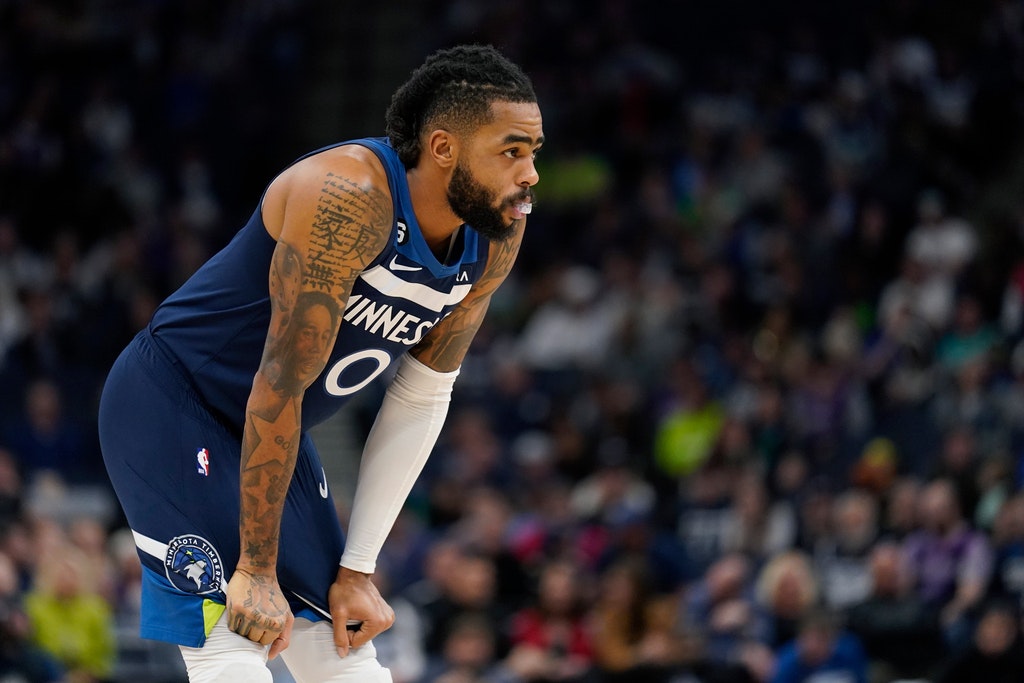 It has been a rough stretch for the Wolves lead point guard.

D'Angelo Russell came out of the gates this season fairly good. To the point where you can say he was perhaps the most consistent starter on the team. Outside of the first OKC game where they didn't really need to play him a lot, 3 of the first 4 games saw DLo drop +20 points with multiple assists in some winning efforts and clutch shots while shooting close to 50%.

Since then, DLo is only averaging 9.5 points and 6.0 assists on a terrible shooting percentage. What happened? Is it just a slump or is it something more? If it was just a slump he could easily break out of it by just keep shooting his shots, eventually they will begin to fall. There's a little something extra going on right now. His confidence doesn't seem to be there.

In the last loss against the Spurs, DLo shot 4 for 15 and had 11 points. The shots he took were not forced, the Spurs were giving him great looks off the screens of Rudy Gobert, he just simply didn't make them. After the game, Chris Finch mentioned that his guards (Russell, Edwards and Nowell) are shooting too much and wants them to reel it in. Again, the shors DLo took were good, just didn't make them. It kind of screws your confidence when your coach is asking you to stop shooting.

We saw last night how casual DLo looked on the floor, as if too timid to get to his sweet spots. When he plays assertive, it opens so much more for himself and his gravity opens up for his teammates. But he's been overly reserved. Not really being engaged with the offense and that signals to any smart basketball mind that his confidence is beginning to crumble. After the recent loss to Phoenix, Finch mentioned that DLo is losing confidence in his shooting by passing up open looks and encourages DLo to look for his shots off the ball.

My rebuttal to that is how can he search for his off ball rhythm when 55% of the Wolves offense has been nothing but isolations with no kick outs. It's very glaring to see the Wolves offensive struggles is not a D'Angelo Russell thing or a Karl-Anthony Towns thing or a Anthony Edwards thing or a Rudy Gobert thing. The starters don't have enough synergy to move the ball around and hunt for quality shots. But it's extremely early in the season, I am sure DLo and the rest of the team will figure it out.