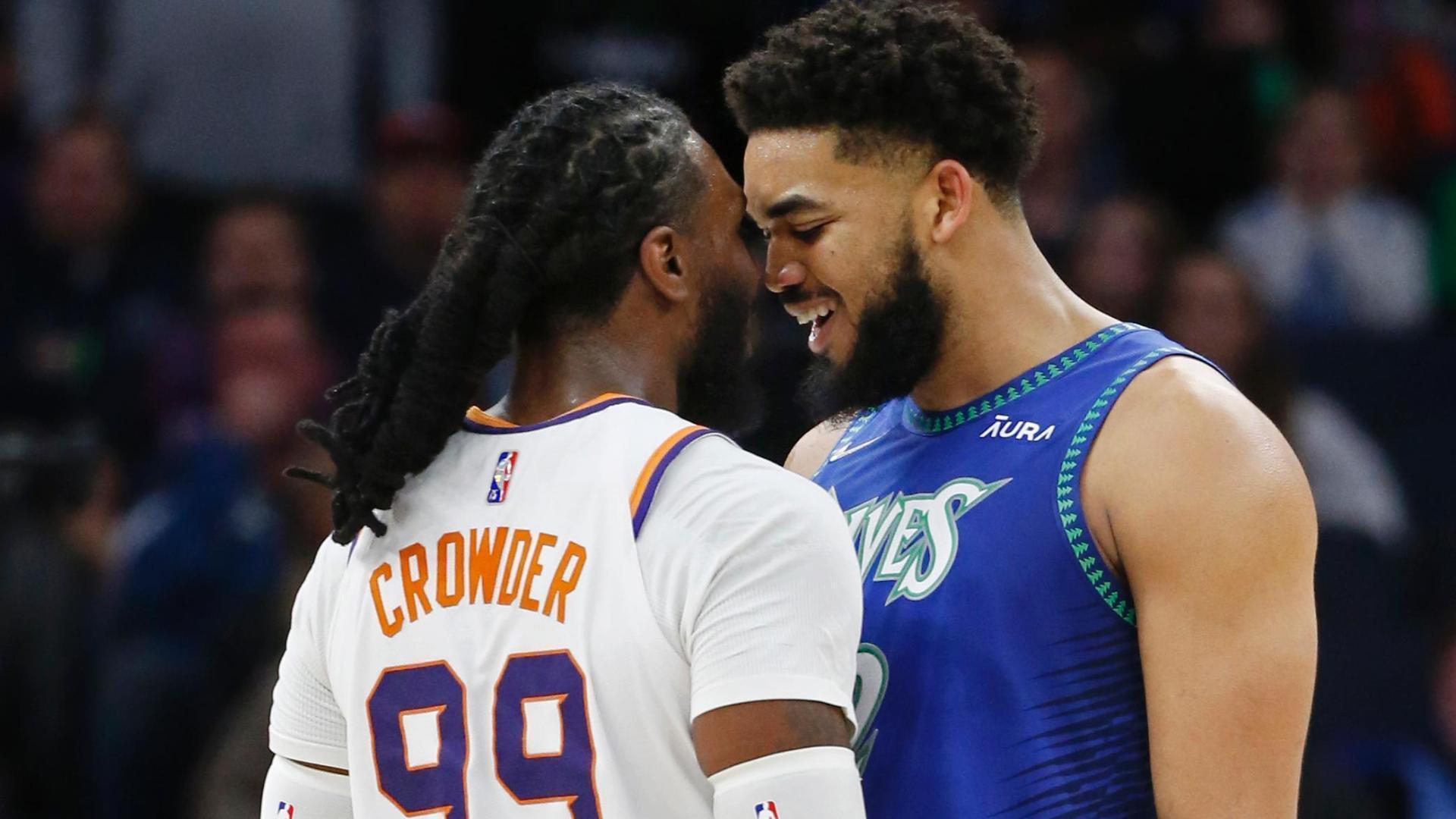 Wolves reached a terrible time to hit a rut.

This year has been very promising if you are a fan of the Minnesota Timberwolves and this season can very easily be named their best season since the Kevin Garnett 2004 season. So after a season long of great basketball, you almost expect the Wolves to hit some sort of wall. Enter the last few games with bad losses to the Suns, Raptors and Mavericks. With about 5 games left to go and with the Nuggets tomorrow, they picked a very awkward time to hit a slump.

You're probably gonna think that I am overreacting a little but let me tell you why I have a concern about this slump. The Timberwolves currently sit in the 7th spot in the West and is guaranteed for a spot in the Play-in tournament. If the Wolves end up getting out of the tournament they would likely face the Memphis Grizzlies who I am confident the Wolves can beat in a 7 game series (if they weren't in a slump). However, if you look at the other 3 teams in the play-in. The Los Angeles Clippers who are behind the Wolves just got back one of their superstars in Paul George and he hasn't missed a beat. 34 points in his return the other night. George himself can win the Clippers a game against a struggling team. Next is the New Orleans Pelicans who have been playing great as of late ever since acquiring CJ McCollum from Portland and they have had the Wolves hand this year - they are a team that obviously scares me. And then shoving aside the struggling Lakers who will fall right back out of the play-in is the San Antonio Spurs who just like the Pelicans have been playing great.

After a great season, it can all come down to bricks in Minnesota if they are unable to get out of the tournament. What has went wrong with this team? 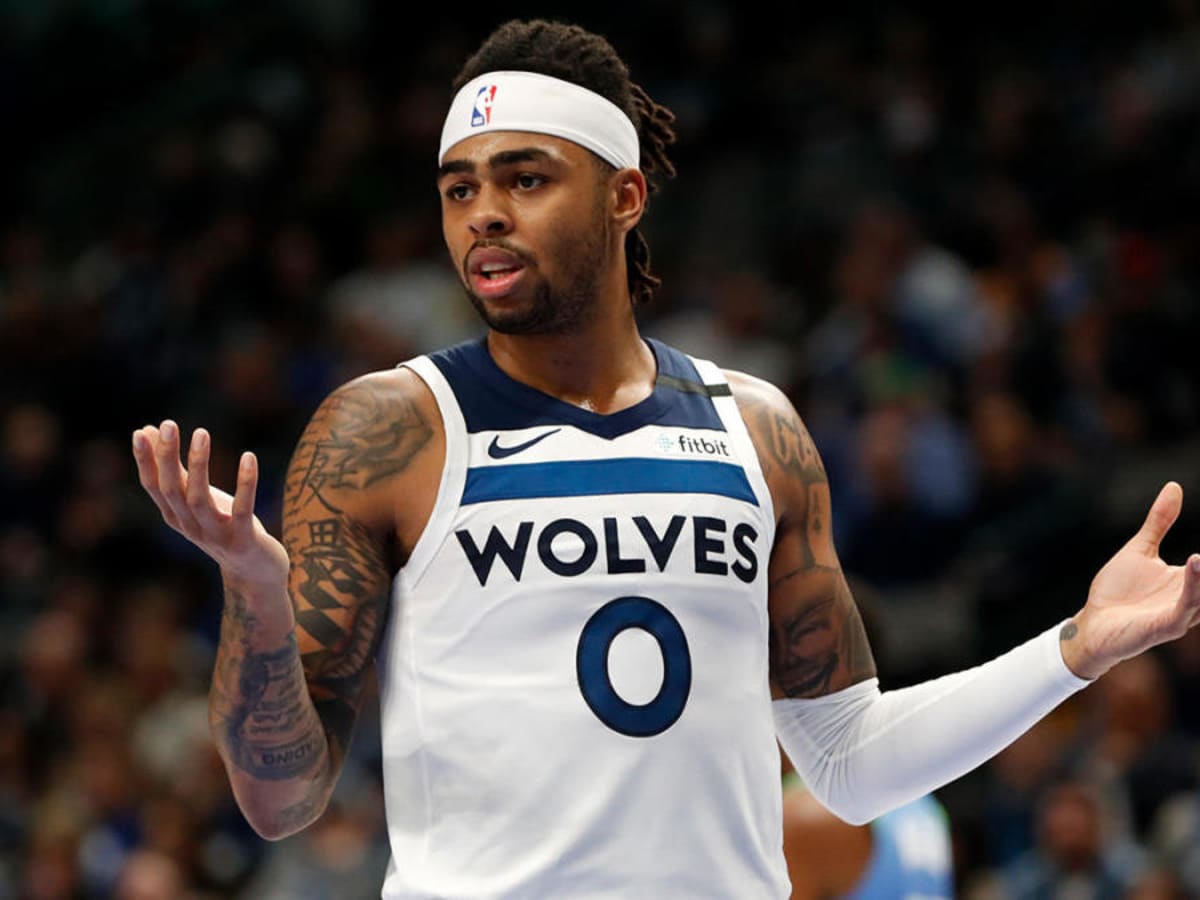 DLo has been struggling HEAVILY

D'Angelo Russell over the last 2 weeks or so has been very bad on both ends. Like, extremely bad. It sucks to say because I am one of his biggest supporters, but the shot has not been there and his floor general ability has been put on pause as it seems. As of late, Chris Finch has been utilizing Russell off ball a ton while letting Patrick Beverley run the offense, usually burying Russell in the corner for a catch and shoot opportunity, problem is outside of Jordan McLaughlin and Jarred Vanderbilt, the Wolves don't exactly have willing passers to find him for open shots.

But now say he does get that pass? His aggressiveness to actually punish the defense hasn't been there. Almost as if he has adopted the mindset that he doesn't need to be a scorer. The Wolves are at their best when their Big 3 of D'Angelo Russell, Anthony Edwards and Karl-Anthony Towns are dominating in the scoring column. One of my friends pinpointed that Russell seems very reluctant to find his offense - pump faking on wide open looks to get the close out defender to fly by instead of not hesitating to take those shots himself.

His passing as of late has also been a bit lackluster despite his assists numbers still being somewhat high. As I said before, Finch has held him off ball a lot more as of late and does not involve him in pick and roll as frequent as he use to. Because of this, Russell has been having to make plays out of read and react situations which he is decent at as opposed to hitting open guys out of the pick and roll. His turnover numbers has also been gradually increasing. 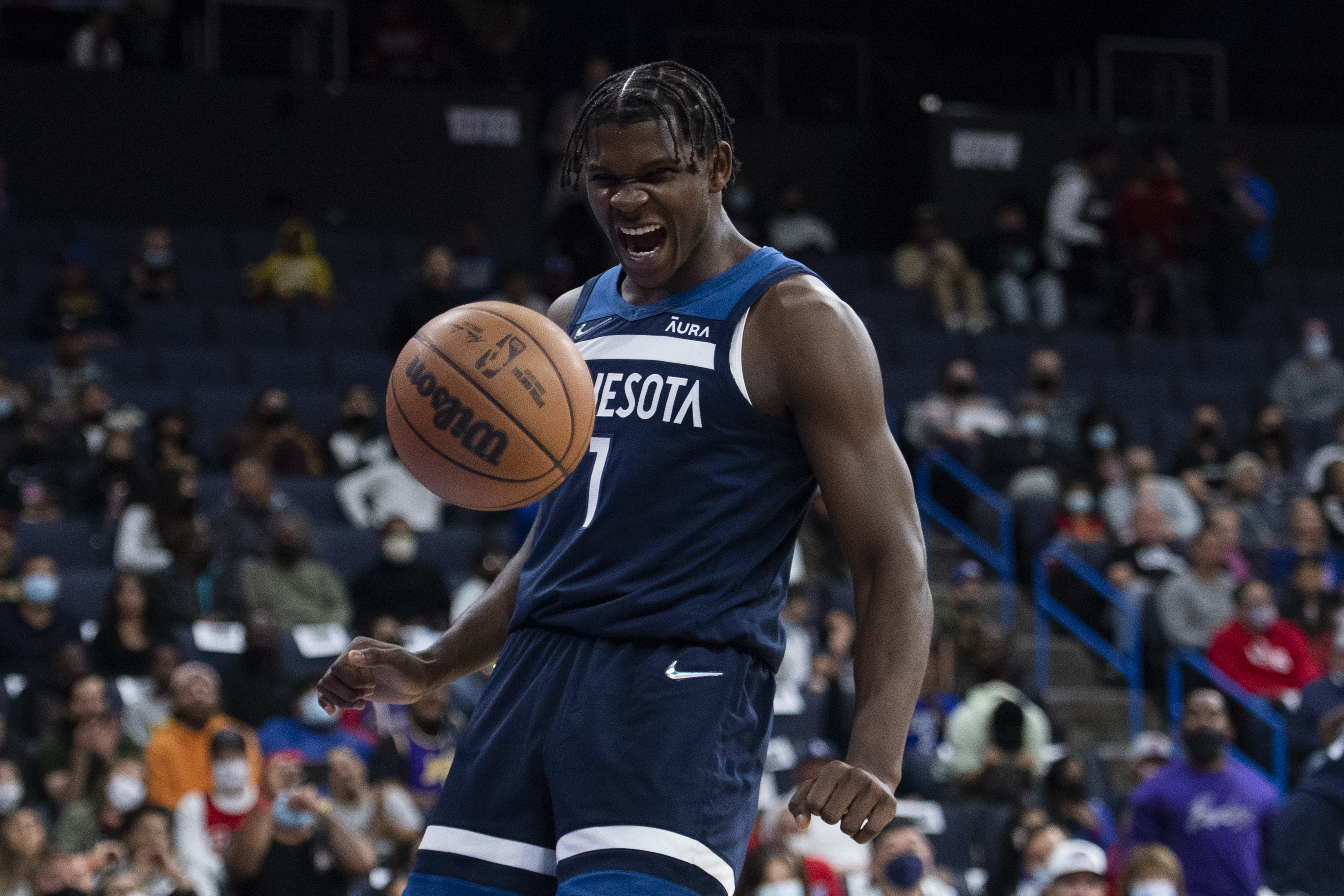 Ant has been inconsistent

Timberwolves fans will come at my head for criticizing the Golden Child, but if we call it like it is, Anthony Edwards has been rather inconsistent. As of late his scoring has been increasing and his defense has been good. But in terms of his decision making and knowing when to be aggressive has been quirky to say the least. The Timberwolves ball movement does decrease whenever Edwards is on the floor due to a lot of isolation ball ran for hìm. As Dave Benz once pointed out, he doesn't have a consistent in between game so really he has two ways to score out of the isolation: Dribble aimlessly on the wing or the top of the key and launch a step back three or dribble to drive and attack the rim.

Most of the time when Edwards drives to the rim, the opponent defense will quickly wall up, forcing him to take on about 2 or 3 defenders at the rim. Now usually with someone who is super athletic like Edwards, you would like to see him throw some of those drives down. Instead he has been taking acrobatic layups and missing most of the them. He could still be nursing his knee injury and playing through pain which is understandable. But in order for the Wolves to break out of this funk, they need a more consistent Anthony Edwards. 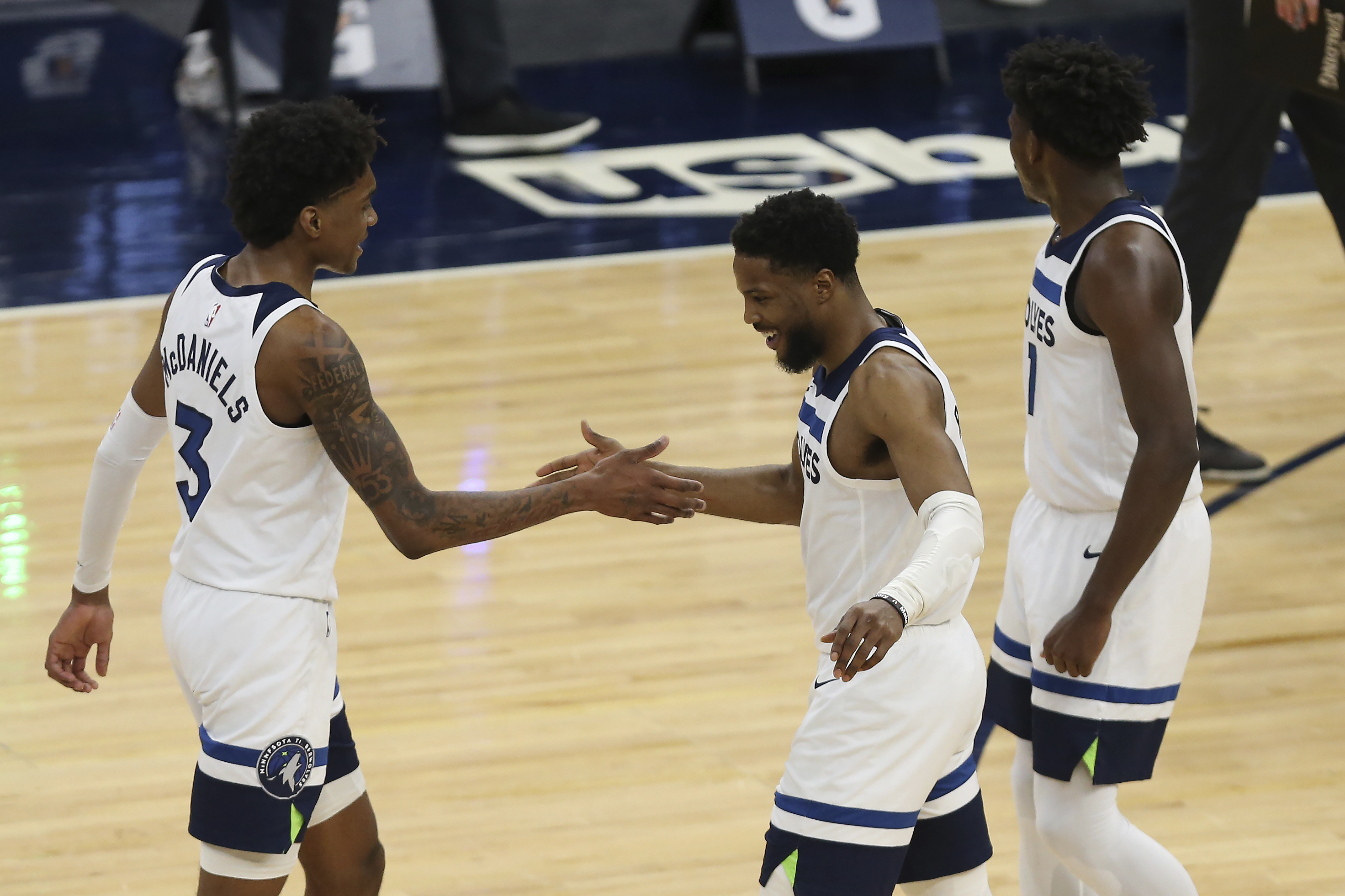 McDaniels and Beasley are heavily missed

The Wolves have been without Jaden McDaniels and Malik Beasley over the last few games, making some of their schemes a little hard to execute. The Wolves gravely miss Jaden McDaniels length and defensive prowess, before injuring his ankle, he was clicking on all cylinders with his offense.

Minnesota also misses the quick strike ability that Malik Beasley has. Though like Ant, Beasley has been very inconsistent with his production, but having a quick strike shooters instantly opens the floor for everyone else. With both of them out, the Wolves have been getting steady production from Jordan McLaughlin and Taurean Prince off the bench but it is very clear they need these two back. Both Beasley and McDaniels are said to be returning soon. 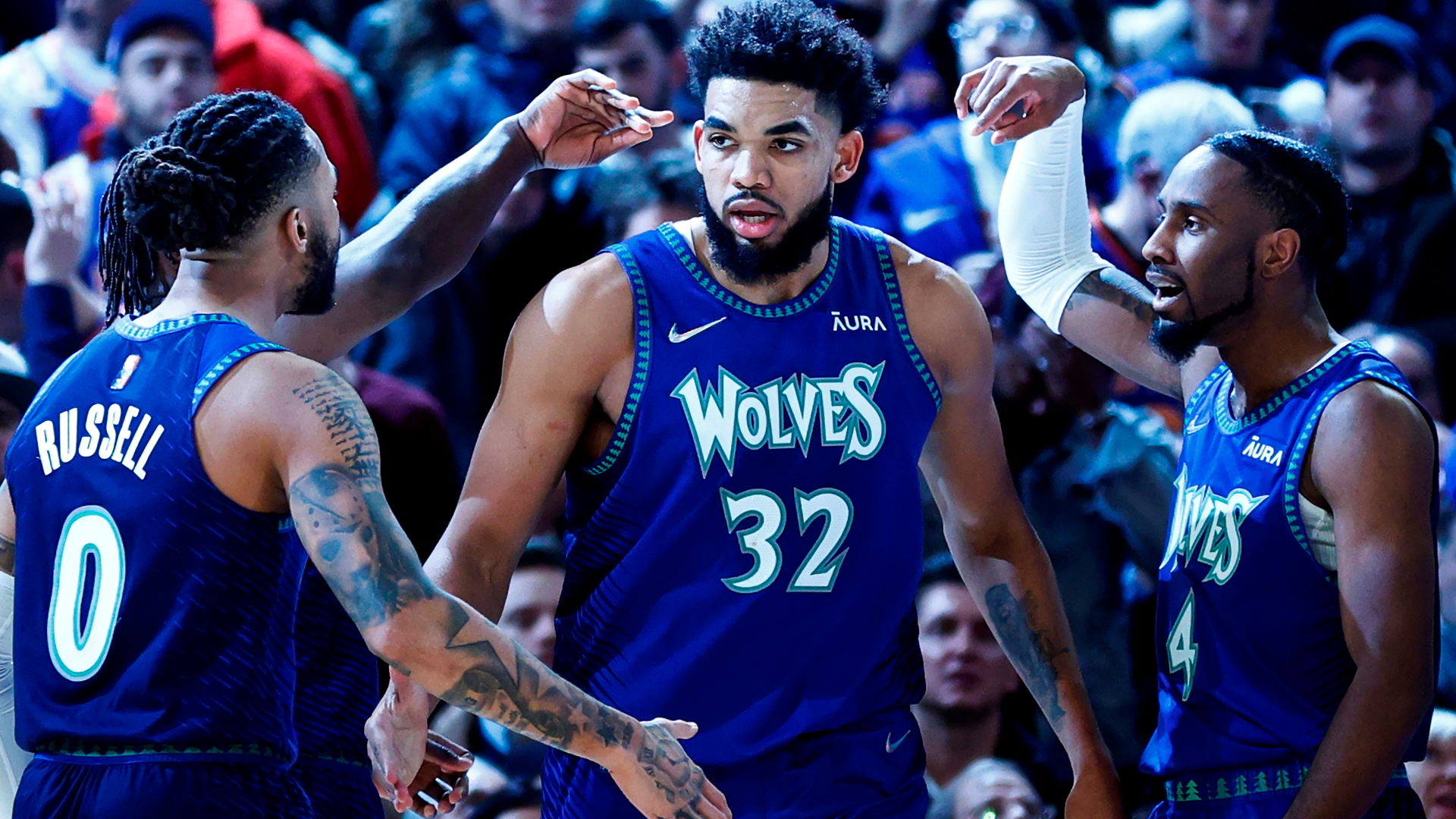 KAT has to stay locked in

Over the last month, Karl-Anthony Towns has been quietly making a case to be in the MVP discussion and his dominance is what has won the Wolves some important games. Though dominant as of late with his stat lines, his antics have been a little costly. He tends to see himself in foul trouble a bunch as of late and when he is obviously showing frustration, he tends to play out of control.

Not much else to say about KAT.