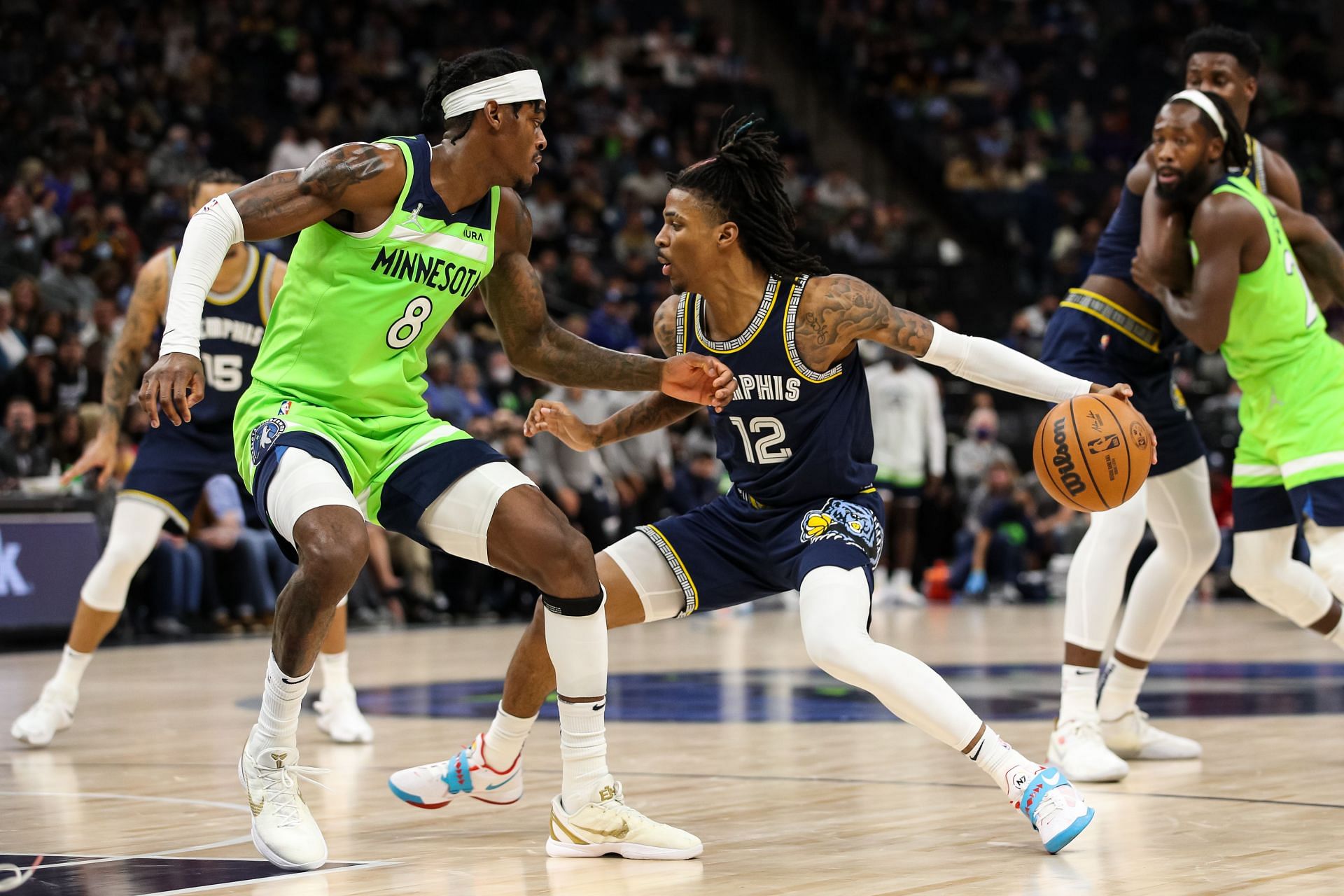 After last night's grueling victory over the LA Clippers off of the backs of Anthony Edwards (30 points) and D'Angelo Russell (29 points), the 2nd playoff appearance for the Wolves since 2004 has been officially clinched. Standing in their way next is the Memphis Grizzlies, the 2nd seed.

Both the Timberwolves and Grizzlies are very young and hungry teams with their vets being Patrick Beverley and Steven Adams. The season series are tied 2-2 with these teams. So what will be some keys for the Wolves to surprise a lot of people and knock off this Grizzlies team? 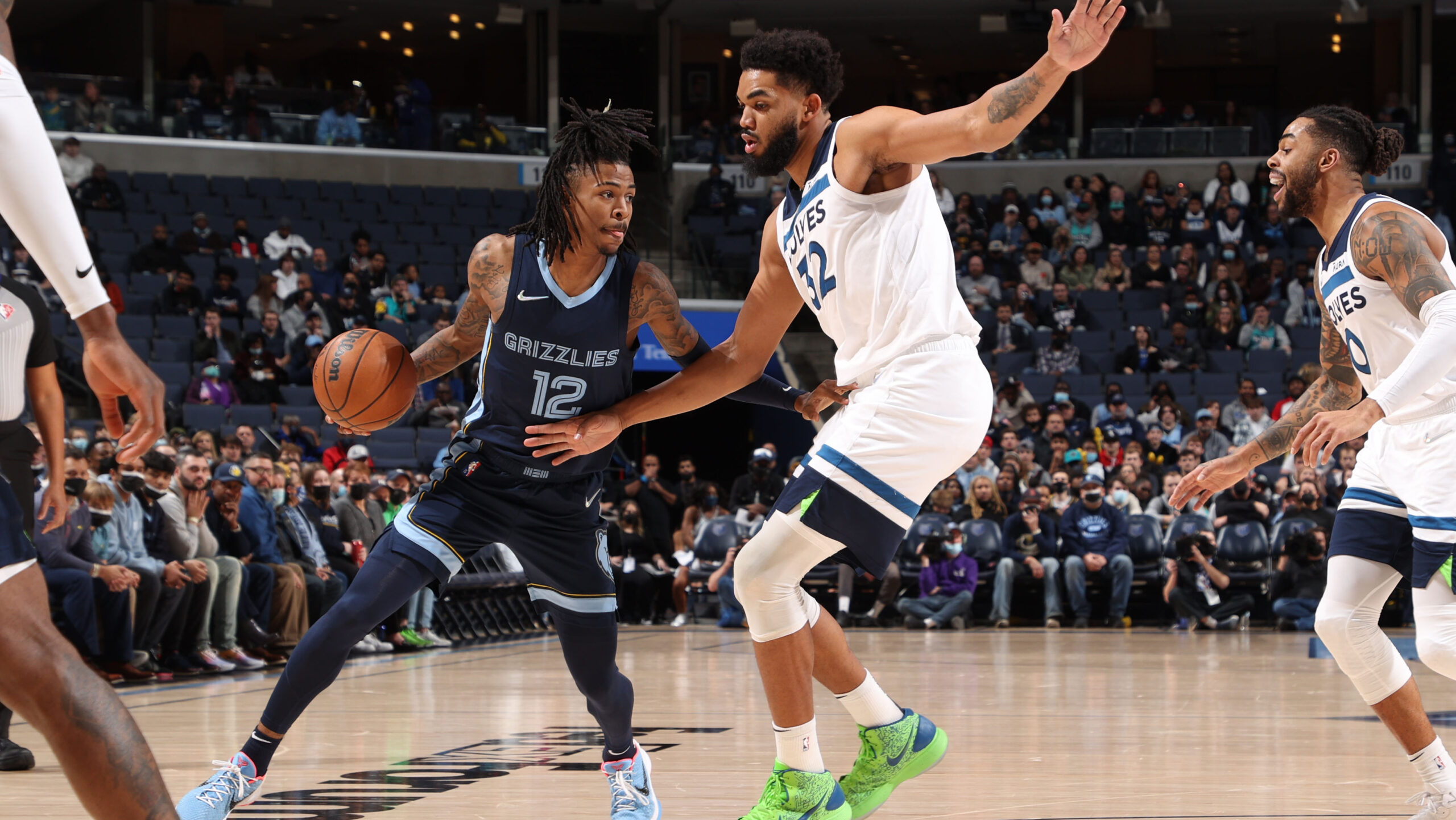 Composure will be the deciding factor

As I said before, both the Grizzlies and Timberwolves are young. What comes with youth also comes inexperience. For a lot of guys, this would be their first or second time in the post season for both teams. For guys like Patrick Beverley, Steven Adams and Kyle Anderson, this would be more than 3 times. And then you have your guys like Ja Morant, Karl-Anthony Towns and D'Angelo Russell who are making it for the 2nd time.

The Grizzlies all except Morant, Adams and Anderson are still very green when it comes to the playoffs so who knows what their composure might be. For the Wolves, the composure of Karl-Anthony Towns will have to shine through in the biggest ways, after a goose egg of a game last night. Towns will have to remain out of foul trouble and play the way he did all season for the Wolves to surprise.

Anthony Edwards for being 20 years old, showed last night that he is ready and is built for the bright lights when things get tough. D'Angelo Russell has also showed that. 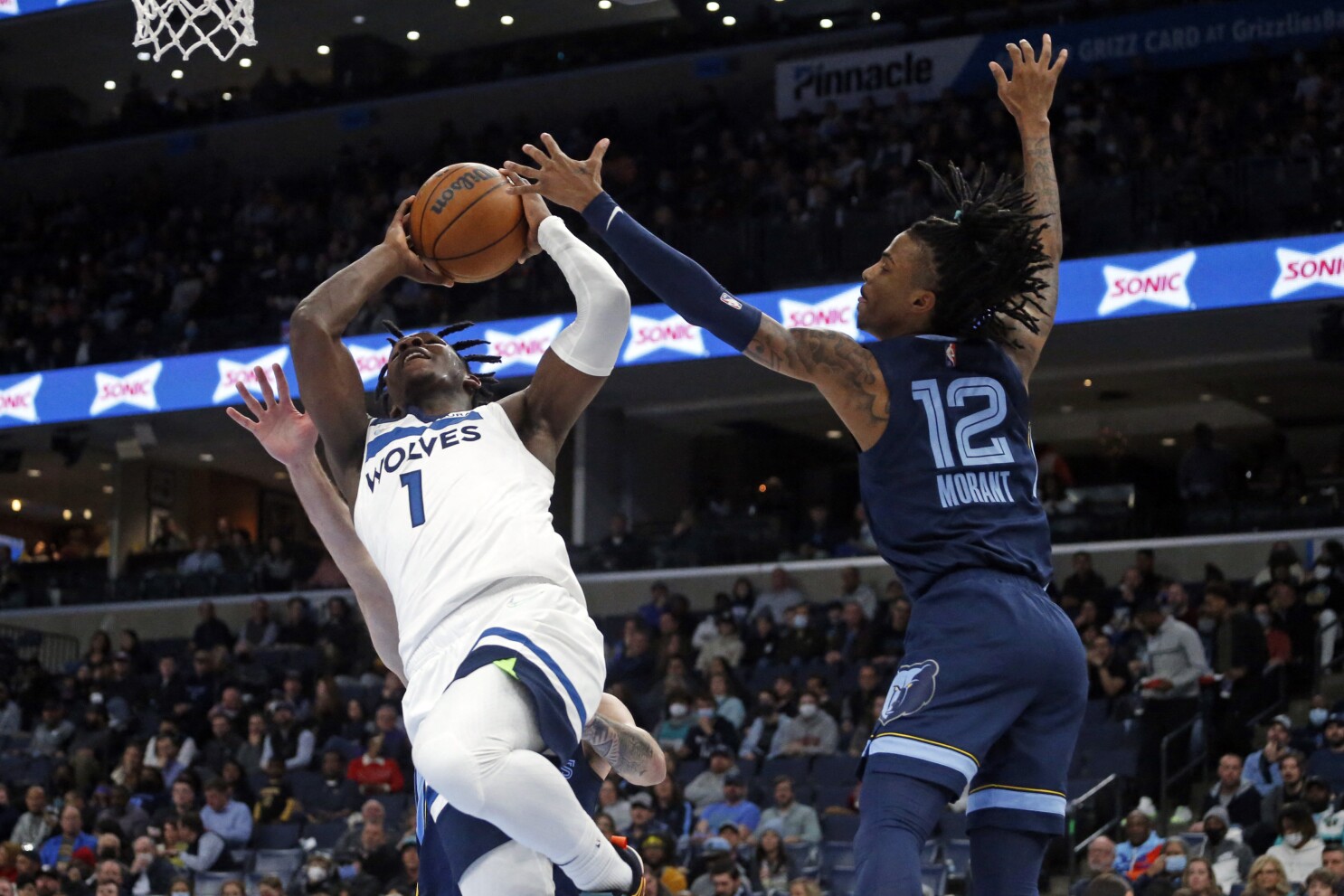 This series is shaping up to be an exciting one versus two of the most athletic young stars in the league in Ja Morant and Anthony Edwards. Morant this season, has not exactly had the easiest going up against the Wolves, averaging only 20.0 points, but anything can happen in the playoffs and he has shown to be capable of explosions throughout games.

Anthony Edwards last night versus Paul George showed Wolves fans he is ready. He started the game with 15 points and was bombing almost every shot and attacked every big that was put in front of him. He finished the game with 30 points and helped Minnesota secure the 7th seed. Edwards has been great against the Grizzlies this year oppose to this counterpart Morant. The battle between this two will be a fun one to watch. 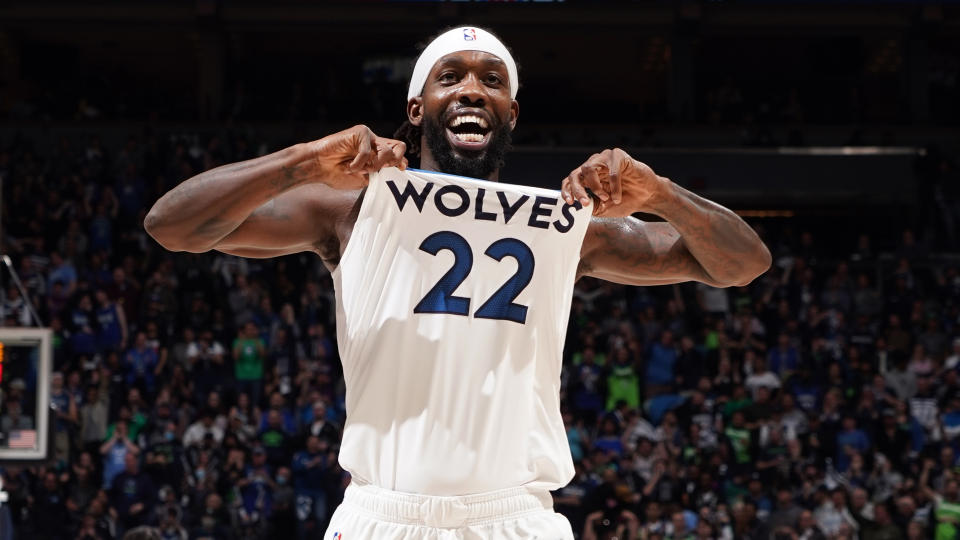 It's pretty much a guarantee that the Wolves are going to throw the kitchen sink at Ja Morant this entire series. By kitchen sink, I mean Patrick Beverley. Beverley will use all of his pestering antics to throw Ja Morant off his game for the time that he is in, and then when Beverley goes out, expect Chris Finch to put some length and size on Morant like Jaden McDaniels or Anthony Edwards. Don't discount D'Angelo Russell for making stops against Morant as well.

Beverley's leadership with this young Wolves team has been vital and even though he showed excessive emotion last night, I believe that emotion stems on the fact that he is trying to prove he can lead a team after being counted out when the Clippers traded him away. 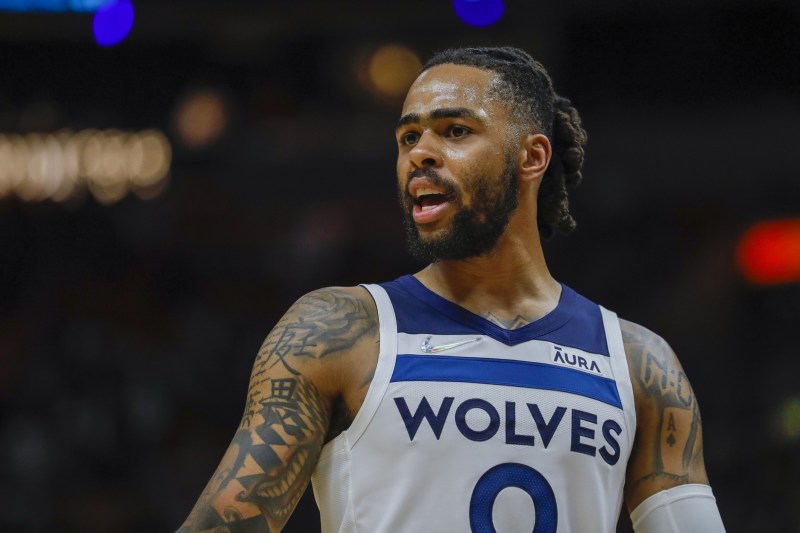 D'Angelo Russell doesn't get enough credit from outside media for the impact he has on this Minnesota Timberwolves team and last night was a clear indication why you should fear this team when he is on. When Russell asserts himself as a scorer, it opens up his passing even more deadly than what is already is. And when he feels his team needs some help, in these type of atmosphere games, he always shows up. Last night he finished with 29 points after starting the game with 1 point.

Russell has also dominated the Memphis Grizzlies this season, leading the Wolves in scoring against them at 31.0 points. He exploits drop coverage against any team so well and that is typically how Memphis wants to guard having Steven Adams or Brandon Clarke in the middle. Even guys like Ja Morant, Desmond Bane and Kyle Anderson can't keep up with how crafty Russell is in pick and rolls. For the Wolves to have even a remote chance, DLo has to show up to the stage. 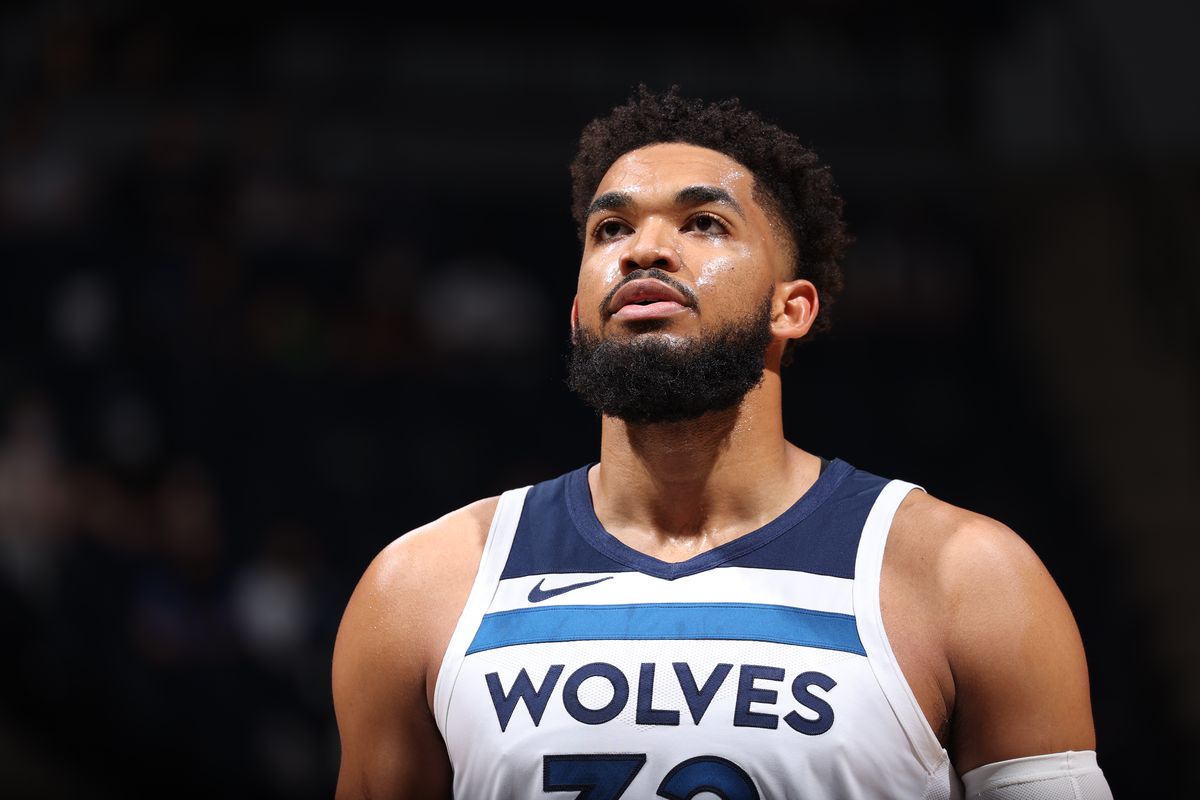 Last night was probably one of, if not the biggest stinker in the career of Karl-Anthony Towns. In what was the Timberwolves most important game of the season, he faded away quite early in the game. Credit Ty Lue and Ivica Zubac for taking him out of the game and forcing Towns into foul trouble, KAT himself needs to do a better job at reading defenses and attacking fasts instead of waiting for the double team to happen.

KAT has had a decent outing every time he faces Steven Adams due to the fact that Adams usually won't come out and contest threes since it leaves the paint wide open. This leaves the opportunity for Towns and Russell pick and pop action to work. Towns will just need to stay out of foul trouble and keep his head in the game for him to dominate this series. 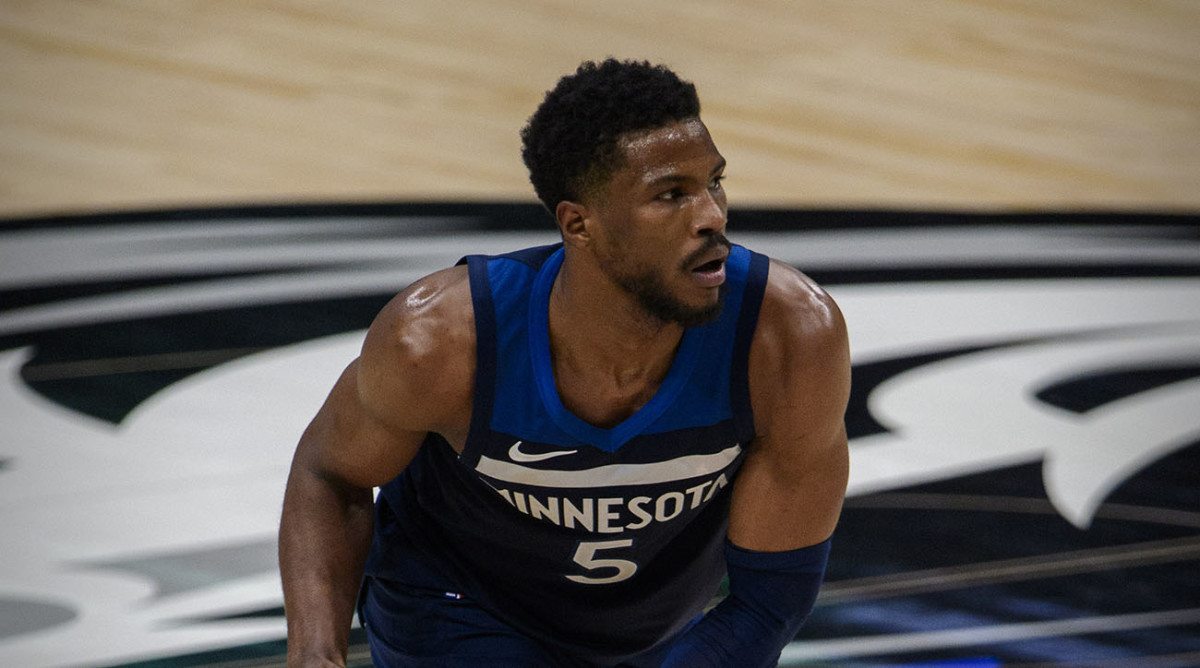 The Timberwolves bench spearheaded by Malik Beasley has been the highest scoring bench in the league and the Wolves will definitely need more of them when facing the Grizzlies bench. Beasley last night hit some very timely threes and will definitely need more of that. Jaden McDaniels and Naz Reid also showed up to the plate and for the small time he played, Jaylen Nowell also did some work. It appears that Jordan McLaughlin might be sidelined for shorten rotations but if that is has to be then so be It.