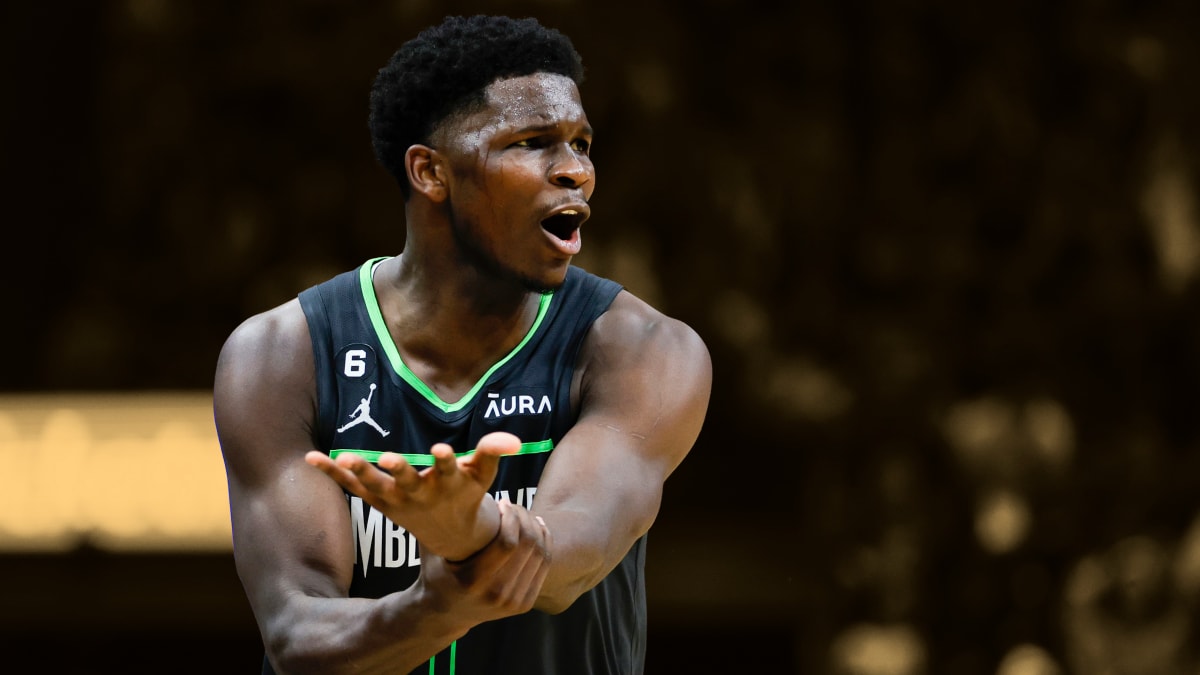 This promising team has reached an insane new low.

We are hours into the brand new year and it still feels as if the Wolves are seething with anger about their most recent loss to the last place Detroit Pistons. That puts them at 6 losses in a row with a 16-21 record. What is happening with this team? Are the injuries to Karl-Anthony Towns and Jordan McLaughlin that significant? Or is it something else entirely different?

Judging by some post game answers last night from Chris Finch, Naz Reid and Rudy Gobert. I think we can pinpoint the biggest issue for the Wolves: Chemistry. Reid last night was asked about if it is a mystery on what the Wolves struggles are and his answer was quite interesting: "Not really. We know. We know. We know why, but you know, I'll keep that in house." Gobert even commented that there are times where the team gets annoyed with each other holding each other accountable by some players who also aren't even doing the necessary things. Even Luka Garza commented that some players are not competing the way they should.

So yeah, the Wolves have reached a new low and it doesn't seem like they know how to get out of it. Anthony Edwards has been the Wolves most consistent player in terms of scoring. But he has issues with his heavy isolation at the worst possible times in games that even Jim Peterson limented against the Pelicans. Edwards also has been hit or miss as a defender. But he has been a bright spot as a guard rebounder. The second would be D'Angelo Russell who has played great all December. As good as DLo has been, issues with his effort throughout games becomes increasingly noticeable. Defensively, he's been taking steps backwards and doesn't nearly try to help with the rebounding woes. It's the little things as such that prevent the short handed Wolves from winning games.

Then you look at guys like Rudy Gobert and Jaylen Nowell. When Tim Connelly made that trade for Gobert, you expected Gobert to bring everything he was in Utah over to Minnesota and pair next to Towns. So far, Gobert has been a shell of himself and progressively gets worst as a rim protector. His total rebounding numbers don't tell the story of how little he is actually battling on the boards. It got so bad to the point that an undrafted rookie in Miami named Orlando Robinson outworked him on the glass. He's also been very hesitant to actually come up and protect the rim, mainly due to him not trusting his weakside help whether it be Naz Reid, Jaden McDaniels or Kyle Anderson. Then we take a look at Jaylen Nowell and OH BOY, this one is a doozy. As talented as Nowell is, he has actively hurt the Wolves whenever he is on the floor with his very low defensive effort and his belief that he is the next Kobe Bryant and takes whatever shot he wants without having the slightest intention to pass the ball.

Nowell (and sometimes Edwards) would often drive into heavy traffic on fast breaks and attempt to attack 1 on 4 without trying to look for a quality shot. Nowell's shot quality percentage is the worst on the Wolves and creeping into the lower depths of the entire league.

So all in all, this team has some serious issues they will need to iron out or else they would need to start thinking about the trade market. Trading guys like D'Angelo Russell and Rudy Gobert may be the top priority but it becomes complicated in Russell's case, there would be no return that is comparable to what he brings and it makes the Wolves cap sheet complicated. With how Gobert is now, it is very likely no team will want to take on his contract without adding draft picks which the Wolves don't currently have.